A lot of content and events | Several different and original classes

Conquer Online is an old 2.5D MMORPG published by TQ Digital that still holds a huge playerbase and an active community. Despite being out for almost ten years, the game keeps running A LOT of servers and receiving regular updates and new content. Lately a brand new class called Oriental Assassin came out, and we had the chance to jump into the game to try this new character and see if the game can still keep the competition with the new MMORPGs out there alive. 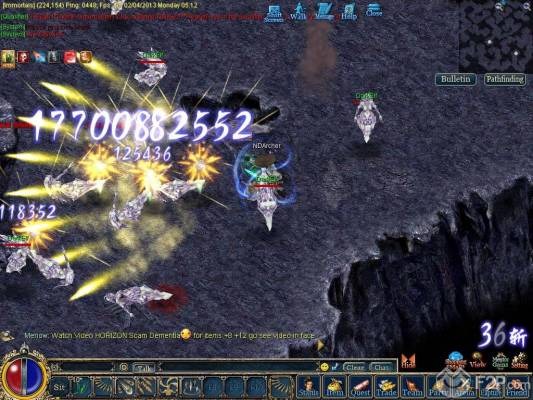 The Oriental Assassin is the latest addition to the Conquer Online's classes, a ranged DPS fighter which focuses on taking down enemies quickly with both AOE and single target skills. You start as a normal Archer but thanks to a Transformation skill called Path of Shadow you can turn into the Oriental Assassin and gain access to a whole new set of 6 skills:

- Spirit Focus: a 5 second channeling skill which boost the attack power of your next attacks.
- Mortal Wounds: High single target DPS skill, you launch several throwing knives to the enemy
- Kinetic Spark: You charge your knives and they have a chance to shatter when hitting an enemy, hitting other near enemies too.
- Blistering Wave: Main AOE skill, you launch a fan of high damage flaming knives which damage and burn enemies.
- Dagger Storm: AOE skill, a rain of daggers falls on the enemies inflicting continuous damage to everyone in the area of effect.
- Blade Furry: This is the XP skill, it boost your speed and make you launch powerful knives at 360° hitting everyone around you. 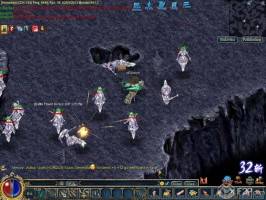 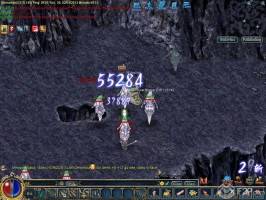 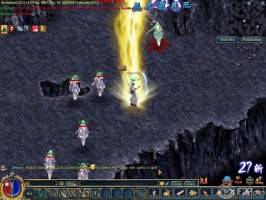 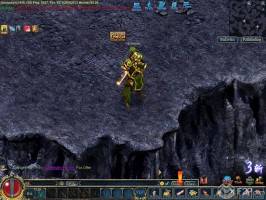 We have to admit that the oriental assassin's look is very cool if you like samurais, ninjas or the oriental background in general. He wears a long grey kimono-like robe with a dragon pattern and his face is covered by a large straw hat like the ones worn by the Chinese and Japanese travelers and farmers in some old movies. This gives him a mysterious and dangerous aura that we think a lot of players will appreciate.

We had some fun playing with it and we think he has a balanced set of abilities which help him to handle different situations like unleashing high single-target DPS on a single boss or fighting group of mobs with his AOE abilities. The visual effects of his abilities are also very good for an old game like this, and it was awesome to shred multiple enemies with the flaming knives of Blistering Wave or with the devastating XP skill "Blade Furry".

We also tried some PvP action but being totally new to the game and not knowing the game's mechanic, even with our strong fully equipped test character we didn't stand a chance against the experienced PvP players we met in the arena. However we tried to defend ourselves and we noticed that you can use some neat combos with the oriental assassin, like charging up Spirit Focus before launching Mortal Wounds. This will dish out a HUGE amount of damage and we got that, in the right hands, the Oriental Assassin is surely a force to be reckoned with. 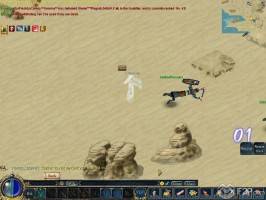 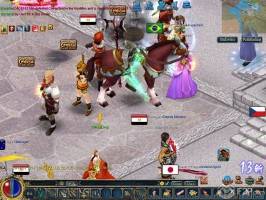 Conquer Online has a lot of different classes that you can choose: Warrior, Ninja, Trojan, Archer, Monk, Taoist, Pirate and the new Oriental Assassin. How you can see, with some exception like Warrior and Archer, the classes are pretty original and interesting and somewhat different from your usual fantasy MMORPG. The bad side of the medal is the almost total lack of customization. You can just choose the sex and the body size (big/small) of your character, and that's all. No faces, no hairstyles, nothing. Later once in game we discovered that there is a NPC who can change your preset hairstyle into a new one for a price which depends on the hairstyle you choose.

We have to say that you should be prepared upon entering the game. The first impact has been awful for us. The graphics look very old and rough, and the walking animation of the characters isn't better at all. They look like sliding on the floor while something is slowing them down. On the opposite, we admit that the combat and skills animations are much more polished and look very good.

The interface is one of the less intuitive and user-friendly we have ever seen, and if you are used to the usual modern MMORPG interfaces, may be hard to get used to it and understand how to open a certain screen or get the information you need.

The combat is fast paced and full of interesting and visually appealing skills, but due to the presence of occasional lag can sometimes result clunky and unresponsive.

Speaking about content, the game has a lot to offer in order to keep you entertained, in all this years the developers worked hard to keep the game interesting, adding new stuff, updating the old one and listening to the community. This results in a game full of thing to do. You have a lot of PvE action, a rebirth system, player housing, several PvP modes that range from open world PvP to guild wars and more. In addition there are several events running everyday like PvP tournaments, horses races and a lot more. 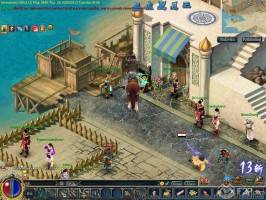 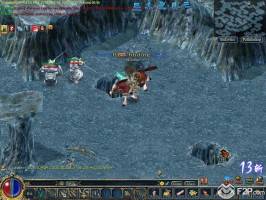 Conquer Online is an old game that has still something to say. The developers keep updating the game regularly with a lot of new content like the new class Oriental Assassin, which is very interesting and fun to play both in PvE and PvP. If you can go past the outdated graphics and clunky interface you can discover a living game full of content and events, supported by a very big and loyal community.