Marvel Heroes 2015 (soon to be known as Marvel Heroes 2016) completes its roster with Magik as the 53rd playable character. Colossus' sister was selected by the community to fill the final open slot in the game and it was voiced by one of today’s most popular voice actors, Tara Strong

Magik's power set has been inspired from the classic dark-magic classes of the RPG genre. She has a power that allows her to transport an enemy permanently into Limbo to become her vassal and then revive as a minion with enhanced magical powers and strength.

Gazillion has published a new video which shows her in action and some screenshots. Watch them below. 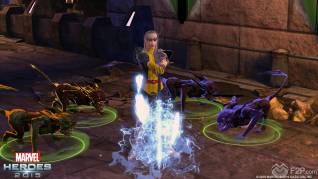 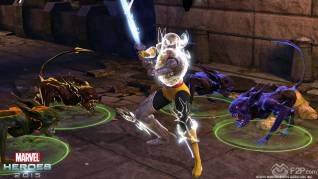 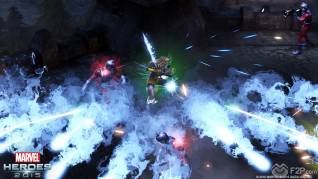 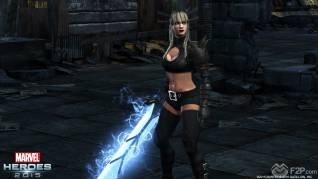 “Magik's host of Limbo minions makes for one of the most dynamic summoning systems we've created to date,” says Michael May, Game Systems and Character Designer at Gazillion. “She'll be able to choose between summoning a large number of more fragile minions, or opt for one of the bosses of Limbo instead, such as N’astirh. Turning the tables and getting a boss to fight for you is very entertaining to me. She can also absorb the energies of those minions into her Soulsword, sacrificing the summons altogether in exchange for more personal power. There are many ways to create a ‘loadout’ for Magik players to enjoy her in the way they best see fit.”

“As such a versatile character, we had to ensure that we were representing as many aspects of her history, combat skills, and mutation abilities as possible,” says May. “It would have been easy to focus strictly on her Soulsword and make her a pure melee fighter, but she has so much more to offer to a game of our genre. We structured the Soulsword as the core of all of her builds, but utilized her minions, teleportation discs, and sorcery to supplement and enhance her melee combat.”

Watch the video to see Magik in action: