Marvel Heroes 2015 isn’t exactly a new game; it’s the new incarnation of the original Marvel Heroes, the popular Hack&Slash set in the Marvel Universe, developed by Gazillion and David Brevik, the “dad of Diablo”. The game was officially launched on June 4, 2013, however after just a year they decided to relaunch it as Marvel Heroes 2015 to highlight all the new stuff that has been added through the year. We already tried the game during the open beta and thought it was already a pretty solid Diablo-style ARPG, absolutely great for a free-to-play game and not pay-to-win at all. We already tested it with our F2PMeter. Check it out right here.

So what has changed with the new rebranded version of the game? What’s new?

The first thing that you will obviously notice, besides a very cool, brand new fully animated intro, is the increased numbers of available heroes and costumes. Developers have put a lot of effort in the creation of a wide and interesting roster, and the results are visible to everyone. Moreover, they didn’t forget the new players, and even the starting free heroes went from 5 to 11, including some of the most popular and loved heroes from comics or movies, such as Captain America, Storm, The Human Torch and Rocket Raccoon from the recent movie Guardians of the Galaxy. We jumped into the game to try by ourselves one of the new heroes: Gambit, and we were delighted. We’re not sure if it was just our impression, but the new characters’ animations look nicer and smoother compared to the ones of the heroes available back in the old version of the game, and the gameplay style (of Gambit at least) was more dynamic and fun, with movement skills, stuns, knockbacks and different effects that interact with each other letting you build interesting combos. 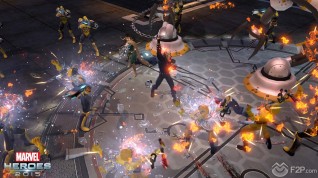 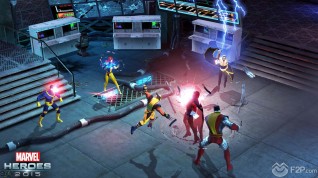 A lot of the older characters have been reworked as well in order to be in pair with the new ones. And speaking of heroes, one of the new available systems that is the greatly appreiciated is “Team-Up”, a selection of NPC heroes like Spider-man, Falcon and Groot, that you can buy and equip, each one with their items and skills, that will jump into the battle at your command to back you up during the fight.

Besides the new heroes and costumes there is a new chapter, several new PvE modes, endgame raids and new difficulty settings available in the game. The new modes can be entered alone or with other players, through an automatic matchmaking system, and includes survival style gameplay modes such as X-Defense, where you have to defend the X-mansion from waves of enemy invaders while protecting the students, One Shot stories and more. We tried the X-Defense and it was quite fun, a sort of minigame useful for taking a break from your usual story missions or XP/loot farming. A new PvP mode has been added as well, however, we didn’t manage to try it out as the queues to enter a match were quite long.

There are also new systems aimed to give the players more freedom and variety, like an expanded and deeper crafting system, a new account-wide additional progression system, called Omega System, that lets you spend points on all your characters, achievements, login rewards and additional gear slots for legendary insignas, rings and more.

As you can see, a lot of stuff has been added to an already competitive free-to-play title. You may say that a lot of games actively release new content after launch without feeling the need to relaunch with a new name after just a year but if the changes and additions are enough to justify a rebranding or if it’s just a marketing move, it’s up for you to decide. We can only say that we appriciate the efforts of the developers to keep their creature always fresh and enjoyable for all their players by dishing out new interesting content and new playable heroes. The game was fun, it is MORE fun, and it is definitely worth a try.

If you want to know more about this title, click on the "info" button below. 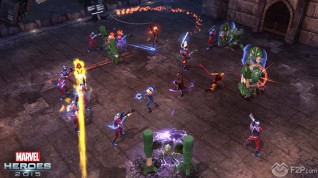 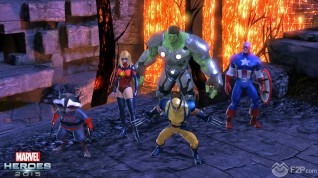