InnoGames, Germany's leading developer and publisher of online and mobile games, today releases the brand-new game mode "Olympus" for the ancient Greek strategy game Grepolis. This way of playing Grepolis opens up completely new possibilities for players. In this mode the goal for players is to conquer and hold Olympus.

"After more than ten years on the market, Grepolis still has a large fan base. In line with our mission at InnoGames to create long-lasting game worlds, I am very pleased that we are still able to present our players with extensive updates, like Olympus, after all this time," said Philip Bang, Studio Director at InnoGames.

To complete the massive task in Olympus, players must first win the favor of the gods by conquering temples large and small scattered throughout the Aegean. These temples grant divine power to those who possess them. Players must work with their alliances to develop strategies and plan which temples and powers to focus on to achieve their goal. The worlds of Olympus are divided into four phases: pre-temple, small temples, large temples and finally Olympus itself. The length of these phases is determined by the settings of each world, which requires even more strategy from the players, as they have to adjust to each world anew.

In this game mode the size of the world is limited, but all islands are open for settlement, giving players the opportunity to expand and develop advanced strategies. If they succeed in conquering Olympus, their alliance will be rewarded with the valuable Golden Fleece artifact, which reduces the cost of recruiting heroes by 10 percent. When an alliance is declared the winner, the 14-day peacetime begins, and the game world is then closed.

"With Olympus, we're challenging our players to new levels. To succeed in this game mode, they must develop completely new tactics and strategies. In doing so, we are not only challenging new players, but also demanding everything from our veterans," said Jędrzej Czarnota, Product Manager at InnoGames. 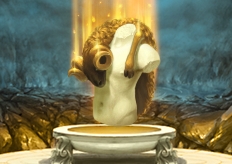 Grepolis is available in the browser as well as mobile for Android and iOS devices.

Grepolis in Browser - Grepolis for PC

In December 2009, Grepolis became InnoGames’ third game released on the market. Grepolis sends players into the world of ancient Greece: Starting with a small polis, which they build into a metropolis over the course of time, they forge powerful alliances with other players and draw on the powers of the Greek gods. Within just a few weeks, the game was nominated for the German Developer Prize, it also broke the barrier of a million active players and is now one of the most popular strategy games on the Internet. In 2012, Grepolis won the award as “Best Classic Browser MMO“ at MMO of the Year.