rindy early game with too much repetition, progression is barred in many ways

As you probably know, last week we took some time out to play Grepolis (from InnoGames), a free to play city/empire building browser-based game set in ancient Greece that focuses on players building up resources, managing their construction queues and competing against other players in PVP. For our play test we put some hours into the game to play the early content and see what appeal the game holds for new players.

Now it is worth saying that when it comes to browser strategy games, a lot of the main content and gameplay does wind up into the later game, the PVP elements in particular, and typically with these types of games it can take a long time to reach that sort of level; way beyond what an allotted two hours for a review can reveal. However, in two hours it’s easy to gauge the type of late game experience we’re going to face as well as how interesting the early content is for players considering sticking with the game.

So what did we learn? Sit a while and let us tell you. 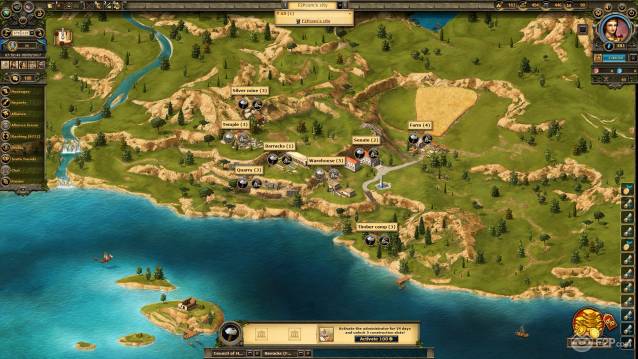 Your starting city has a number of pre-designated plots for various buildings such as barracks, temple, mines, market, farm and many more, all of which give access to different resources or features in the game. With your primary resources (wood, stone and silver) you then use them to upgrade your various building’s ranks to increase their efficiency, output and options, which also takes a set amount of time to complete and increases in length with each upgrade (sub 5 minutes to completion you are able to complete it instantly for free). It’s a fairly tedious system that is no more than a couple of button clicks and waiting around for them to complete.

The problem is that, for the most part, this was our two hour experience. With the quest system we would get a task to “Upgrade your <building> to rank 1”, it would generally cycle through all the buildings, with a new quest for each. Then it would task us with upgrading everything to rank 3, then rank 5… then rank 8. Outside of this we were given quests to fight the nearby bandit camp, which was as simple as selecting the units we had trained/earned and clicking “Attack” and waiting a few minutes for the attack to be complete. 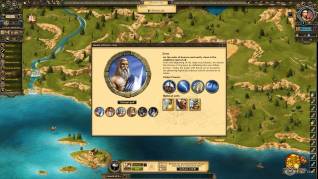 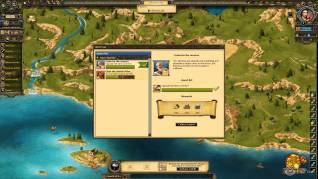 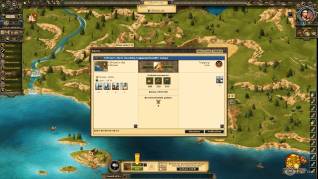 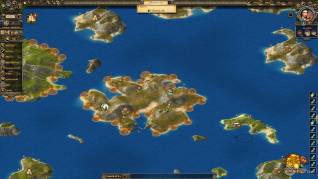 That was essentially all we had to do for two hours beyond unlocking new features and assigning advisors every so often, it was an extremely tedious cycle of the same menu clicks with zero variety. The early content also started to become more protracted due to waiting on the build times, each upgrade hovering around 6 minutes completion (so a minute waiting before we could rush completion) but also we found ourselves constantly running out of resources and waiting for them to replenish, or waiting on our troops to return from an attack before we could use them again. When we weren’t waiting around to play we were playing a pretty boring menu clicking game. By the time we were upgrading buildings to rank 8 it was a 16 minute build time, and you can only upgrade one building at a time… at this point we knew it was time to log out.

At the close of our play session we knew that whilst waiting around for a while would replenish our resources, we were at a point where our build times were so long that progression was pretty much impossible; with only one building constructed at a time we’d be able to log in, start building, make some attacks, and then have to log out again. This cycle seems to be where the game has brought us to and it didn’t even feel like we were close to unlocking PVP (as you need to construct ships to launch an attack on players, and we didn’t have access to them), so realistically there’s nothing to do. If the fun gameplay in Grepolis is in the late game, then that’s one thing, but it shouldn’t be at the expense of suffering one of the most tediously repetitive early game experiences we’ve ever faced, and not at the expense of a long drawn out mid-game to get there.

Grepolis has a good look and graphical style, albeit a little dated in places, and a fairly intricate and extensive features list that unfortunately gets lost amongst the repetitive switching back and forth between the quest screen and the build screen. Most importantly it has a developer behind it that, regardless of your own personal tastes, is extremely successful at putting out popular browser strategy games; it’s just unfortunate that you have to do a lot of digging and grinding through the early game to get to it. 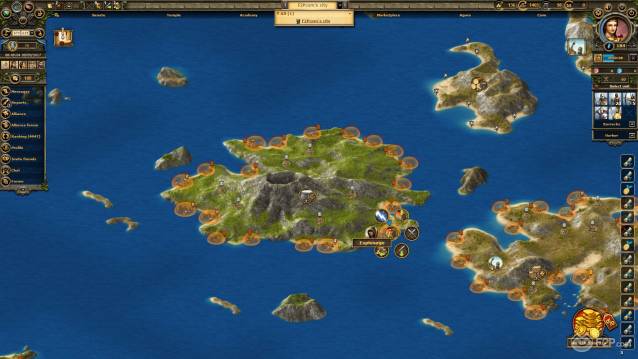 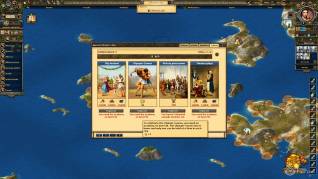 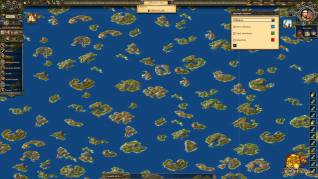