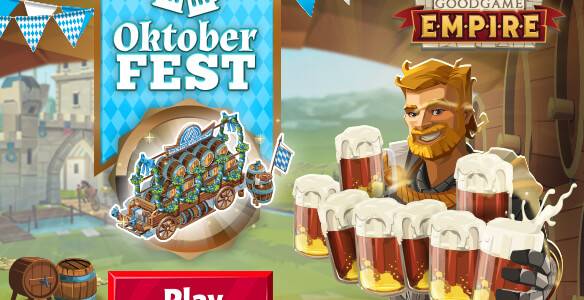 Goodgame Studios and F2P.com offer you the nice event for celebrate the Oktober Fest since next 5th October for Goodgame Empire.

General Information about the event for Goodgame Empire; 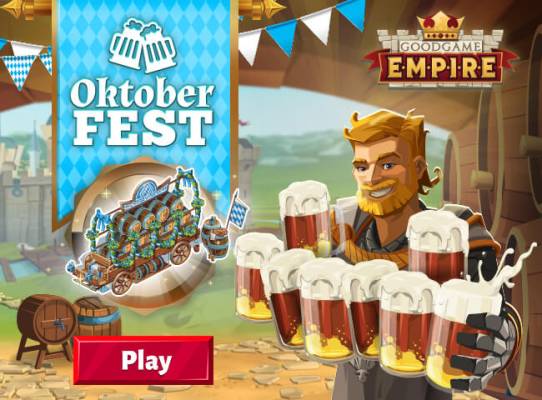 Active from level 6 onwards for new and existing players for FREE, Claimable 24 hours after login during the aforementioned timeframe.