The good and the bad in Copia

The good and the bad in Copia

Copia is a free to play browser MMO from R2 Games, set in a fantasy realm players must recruit and train up a team of battle-hardened companions and face off against the evils that threaten the world. Whilst the game doesn’t stray too much from the typical Asian RPG title we’re used to, it does have some of its own unique elements, so let’s explore both the Good and Bad ones!

The Bad
• Knowledge Expectation - The game doesn't do a good job of explaining what the different classes do and what their strengths and weaknesses are; it expects players to come to the game with knowledge from their previous experiences or from checking out the online guides and forum posts
• Poor Visuals - The graphics and animations are not those of a modern MMO, browser title or not, there is little to differentiation between this title and those from ten years ago showing a lack of progression. It's also pretty clear the art team have ripped off the graphics that make up the Instanced Region Maps from World of Warcrafts region maps...
• Dull Story - Ranging from classic fantasy tropes, or the same narrative concepts seen in so many Asian RPGs, the game lacks a compelling story-arc that makes players want to learn more and instead feels like a casual rush towards end-game PVP features
• Limited Character Placement - Whilst there are a lot of companions to recruit and choose which you want in your team, they are limited to where they can be placed based on their class type in the team formation, which limits individual player strategy options
• Mindless Click-fest - With a range of completely automated combat, auto-pathing exploration and menu based levelling up through resource use; the game is pretty boring and doesn't provide much meaningful player interaction 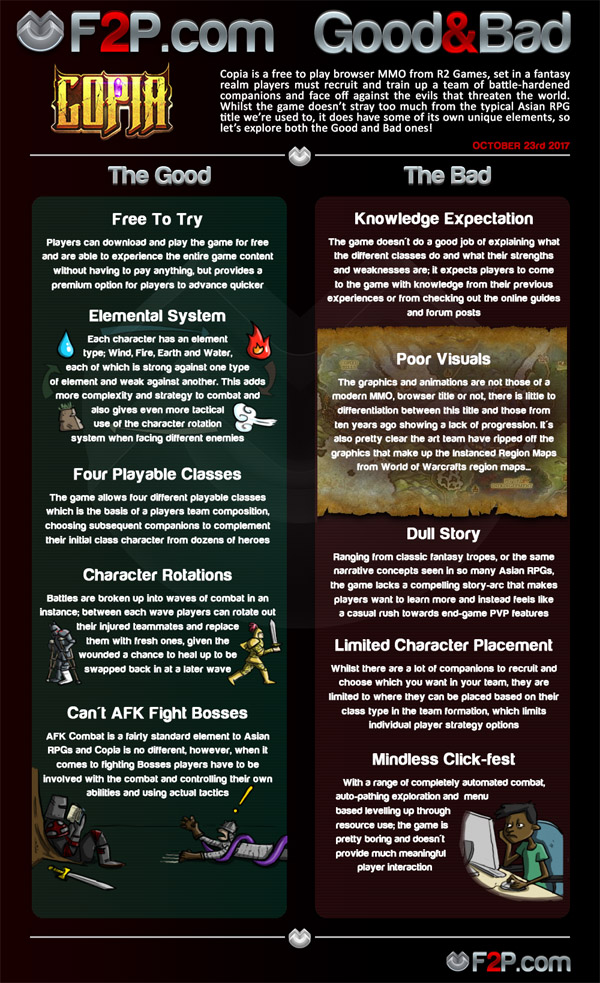