Copia is a browser based free to play MMO team building RPG in which players must gather companions and build a powerful group capable of completing stage based instances. They also must equip them with items and gear and improve their Combat rating in order to tackle more challenging PVE encounters and face off against other players in Arena based ranked PVP. 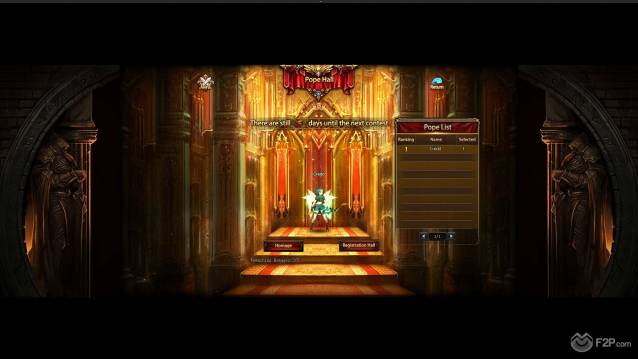 Twenty years ago the demons from the Netherworld were defeated in battle by an ancient relic that was discovered by the humans, the demons were cast from the realm of Landea and the world returned to peace and prosperity. Now the legions assemble once more and have returned to the land to conquer it once and for all, but the prophecy of the King speaks of one who will reclaim the ancient relic and defeat the demons once more.

The core of the game is to build up a powerful team of companion NPCs, collectible characters with their own abilities and stats that can be assembles into a battle formation alongside the player’s own character and used to fight against all types of PVE and PVP battles. Unlocking various features and completing events players will be able to improve their characters in various ways such as enhancing and evolving them, arming them with equipment, upgrading their skills, and much more. The game relies on an auto-AFK combat system with an “Element Attribute” mechanic, and players will complete PVE instanced stages to advance the storyline.

When creating their first character players can choose from four key classes:

The acquired companion characters can all be placed in a 3 by 3 formation, with particular classes only able to go on a specific row, and players able to choose five other companions to fight alongside their own hero. The position of a companion in the formation will generally determine which positions they will attack on the enemy team’s formation and so adds an element of strategy to not only choosing which companions to fight with, which ones work well together, but which is the best position for them to fight in.

Combat typically happens in waves, with various fights against different enemies where the player must kill the enemy leader (likewise if the player’s own hero character is killed in battle then they lose). In between each battle wave players can choose to switch their characters around in their formation and even remove those who are heavily injured to heal them through the next battle wave.

Combat is automated and characters’ basic attacks happen automatically once battle has begun, as well as this there are four elemental magic spells that are built up through a battle that the fairy companion can cast on the enemy, which also build points towards summoning a Mythical Beast to fight as an ally for one round. All these abilities or triggered automatically during normal combat, but when fighting against a Boss players have full control over when these types of spells are activated.

For more about Copia search the name game in www.f2p.com