Animations are a little sloppy, some character art is poor, unoriginal gameplay and systems, story is extremely weak

We checked out the new fantasy browser-based RPG from R2Games, Copia, a team building MMO where we as the protagonists are tasked with assembling a team of companions to battle back the demon forces that are emerging from the netherworld. On the surface we seemed to be getting a lot more of the same thing as we generally see from R2Games, the very fact that the main enemy is the rising demon horde has been done in so many of their previous games (Stormthrone, God Wars, Thundercall, Knights Fable)… it’s been done that many times that it’s become oddly predictable.

There are four classes to choose from including the Warrior, Archer, Mage and Destroyer (a fantasy robot with guns); there’s a little information about each one, but for the most part it seems players are expected to know the typical tropes of what each class might do in battle, albeit with the mechanics of combat your choice of class really doesn’t impact the game that much. 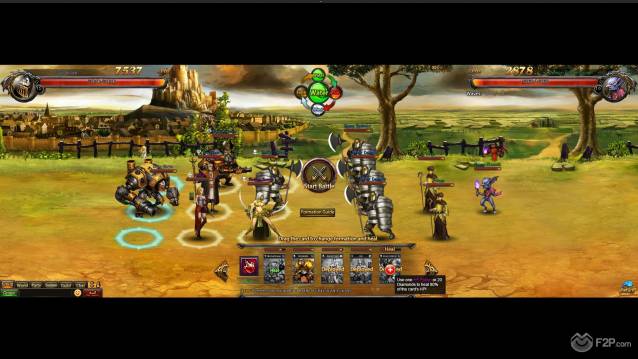 The first impressions don’t hold up to much and the graphics and animations are looking a little dated now, even when compared against some of the other titles published by R2Games, it didn’t looks as good as some of the other games we’ve played from them and the sound effects were pretty low quality. A minor point that made us roll our eyes is that looks like for the instanced area maps the developers have pretty much ripped off the region map style and elements from World of Warcraft. The story is generally pretty weak, though for once the spelling and level of English isn’t the worst we’ve seen (though still extremely cheesy).

The main focus with the game, as ever, is building up a team and we quickly found ourselves with a nice selection of companions to swap in and out of our deployed 3x3 formation, able to choose an additional 5 companions to fight alongside us. The hero protagonist always sits on the back row, the front row is for warrior characters, and the middle row for everyone else, whilst the limited number of positions to place companions didn’t restrict the strategy a little, the variety of companions we had at hand did give us a lot more options.

The combat is the typical automated affair with turn based combat and our companions automatically wailing on the enemy opponent who is in front of them, or whichever target location the class is set to focus on (which means choosing their position in a formation is important). As well as the standard basic attacks there are four elemental spells that slowly charge over the course of the battle, that will instantly trigger once they fully charge, and in turn when cast charge up a fifth Summoning spell that summons a huge beast creature to do some damage to every opponent. The vast majority of the combat is pretty mindless and is a case of starting the fight then looking back when it is over, however, there are a few things here and there that we didn’t mind and felt separated it from a lot of other RPGs in this genre. 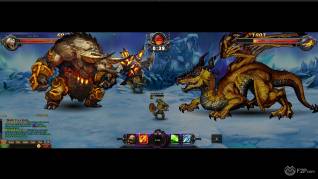 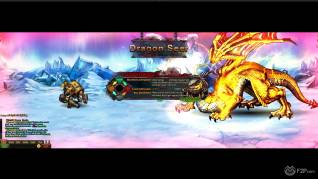 Firstly, the combat in an instanced phase happens in waves, battling against one wave of enemies then going on to fight the next until you kill all the waves; in between waves you do get the chance to rotate your companion characters around and even switch out those who have been injure and heal them for the next round. At the end of series of instances you battle against the stage Boss, and with Boss fights you can’t battle them Auto/AFK and must actively choose when to launch your spells and when to summon your big beastie. It’s a small thing, but it is an improvement on a full automated combat system. The combat also focuses on an elemental system where every enemy and companion has one of the four major elements assigned to them: Earth, Water, Fire and Wind, with each one being stronger against another i.e. Fire elements deal more damage to Wind elements, but Wind deal more damage to Earth, Earth to Water and finally back round to Water dealing more damage to Fire. Once more, when you find you are going to be up against an enemy or Boss of a particular element then you can switch out all your weak companions and build up a stronger team on the fly, which was pretty decent.

The levelling up of companions is just one resource using click fest after another with very little in the way of differences between them, use EXP cards to boost heroes, acquire resources from specific stages to craft and upgrade equipment, it becomes a tedious micro-manage element that adds nothing of interest to the game but is fundamental to progression.

Overall Copia is a lot more of the same stuff we’ve seen from R2Games, we didn’t expect much in the way of originality and it was delivered in bucket loads. In comparison to other RPGs it holds its own just about, the combat is a little more strategic in places and has some decent features to it, but the overall automation, stamina system and event cooldowns that forces premium Diamond currency purchases, and general grind, means that you will either love or hate this type of game. 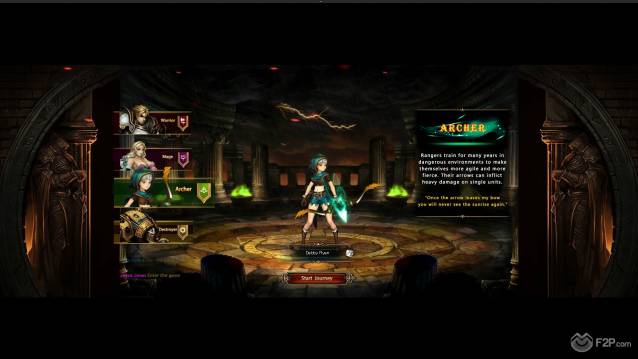 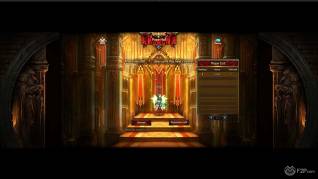 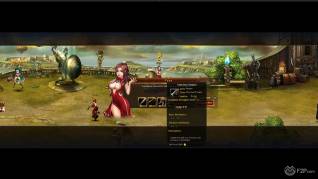