Another interesting event at this Gamescom has been our meeting with the guys from Gaijin Entertainment, developers of War Thunder, who gave us a nice presentation of the game and showed us some extremely interesting stuff.

We sat in the little “mini-theater” they had prepared along with a couple more of journalists. They started showing us the game on a big display on the wall, giving us a general overview of what War Thunder is about: cool warplanes and fast-paced dogfights. 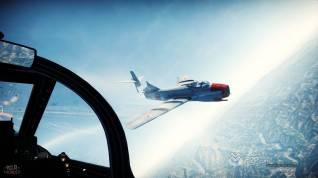 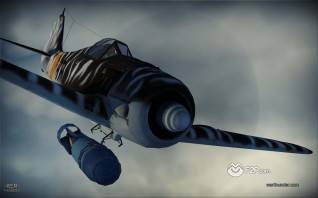 The first thing we noticed is that the game was running on a Ps4.Yep, the console version of the game is almost complete and will be available at launch with the F2P model, exactly like the PC version.

While talking, the Gaijin guys let us playing around with the game and a PS4 controller. Speaking about graphics, the game runs perfectly on the PS4; everything run smoothly without the slightest trace of aliasing or frame rate drop, and the rendering of the special effects such as smoke or bullets traces where impressive.

At a certain point of the presentation, they kindly asked us to turn off the camera because they wanted to show us something special. As we did it, they launched a new match where they were playing as a tank. Even If they said it was still an early and rough version of this new feature, we have to say that what we saw was very convincing. The tanks were moving in a big beautiful map rich of covers, rock where to hide and more. The tanks models and movements were not bad at all and they look absolutely heavy and realistic. 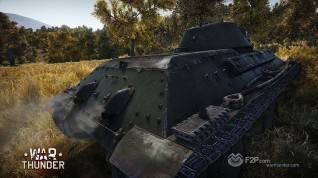 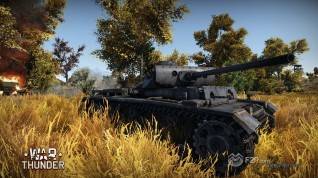 However, the most surprising thing was when the guy controlling the game and talking about it pressed a button and switched from a tank to a plane flying in the sky on the same map and kept playing. That’s right, guys, War Thunder will feature a full “plane and tanks” gameplay on the same map, and they can absolutely fight each other. Moreover, it will be possible to switch from a plane to a tank at any moment.

Beside being amazing, this is also impressive if you consider that even Wargaming in their “World of” series is not going to have this simultaneous multi-vehicle mode.