Forsaken World just released their new expansion Freedom Falls, which provides players with a mass of new content, tweaks, bug fixes and more gear implementations and we can even mention in this simple article. For the full list of everything that will be coming with the expansion then check out Perfect World Entertainment’s official site for the details; for all is with a focus on the big stuff that you might find interesting if you’ve ever checked out the game.

First and foremost is the introduction of both a new race and class, the race is the Demons who in their history rebelled against the gods and chose not to worship any deity, whilst many fled to hide in Hell others have made a pact with the gods and now stand as one of the races fighting the battle against the Storm Legion. Their only available class currently is the Tormentor where players will primarily use a Trident and a number of pain inflicting and fire wielding attacks focusing on huge DoT skills and Earth and Fire masteries as well as having their own racial abilities.

With the invasion of the Storm Legion the world itself has been changed with new areas and zones unlocked, Land of Origination and Polar Borderlands, whereas others are now inaccessible, also making access to certain instances impossible and so instant entrances have been moved around. Of the many new PVE changes in the game those that stand out the most are the new Hell Road Depths solo instance that falls on after players complete the Hell Road, new group instances in the form of ‘Temple of Disaster’ and ‘Freedom Harbor on Fire’ for teams of 12 to 18 players over level 85, as well as giving the Elemental Spire group instance a Hero Difficulty setting.

With all the new dungeons and PVE content players can expect to see new items and gear including some new Radiant Wings that can be equipped, Mount Bags to store your mounts and vehicles more efficiently, enhancements on accessories and a whole variety of new gems each of which have their own unique effects such as Storm Gems increase PvE intensity and Sky Gems can boost healing effects. Other minimal additions and changes that may greatly affect players are things such as stack limits on various items now being much larger, or certain level VIP players having a new maximum of 180 bag slots. The game has also introduced a new UI skin that players can choose, switching between both the old and new UI graphics in the system settings. 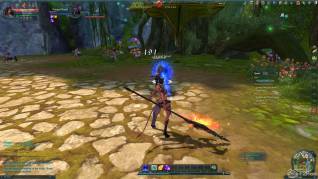 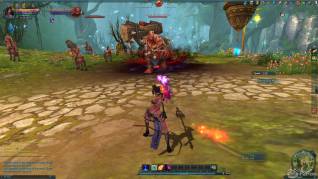 Pets have had a bit of a revamp with players now able to collect Epic (Purple) Pets or alternatively upgrade their level 90 (Blue) pets into an epic version, which have a faster growth of their basic attributes as well as a new level XV For their talent growth and overall taking 95% less damage from AoE attacks. Players are able to collect transformation leaves and permanently transformed the shape of their pets (this can be undone if paid for through a trainer), these leaves are collected from boss in the Mortal Pool at Creekbank Valley or purchased from the Eyrda Boutique.

Players that enjoyed PVP will be happy with the introduction of the new Heart of Ice and Fire battlefield, and exciting 12 versus 12 team fight where players must battle it out to complete an objective to win the match. The primary objective is for both teams to try and gain possession of the enemy banners while simultaneously protecting their own. As with all other events and instances in the game the Battlefield is open at set times on certain days during the week and a Max of three players are allowed to sign up together allowing players to fight alongside their friends. More on PVP with Season 3 for the Arena which will be available soon. In preparation all players 3v3 and 6v6 Arena Scores are now being reset to 1000, Arena Points being reset is down to 0 and soon players will see the results and performance of Season 2. Players will be able to purchase Season 2 Arena Gear at a much lower cost in preparation for the release of the Season 3 Arena Gear, all of which will be available from the Nightfall Citadel. Apparently the results of the recent3v3 and 6v6 Arena Battles are going to be calculated and then recorded separately for players. 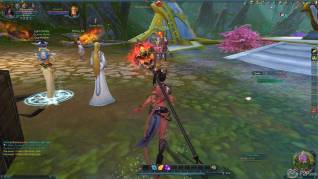 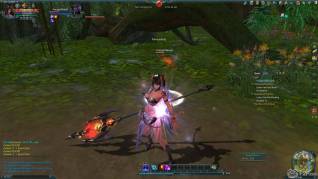 One of the biggest additions to the Freedom Falls expansion is the Aphoteosis system, where certain players will be ascended to almost Godhood each week. Once a week those players that have managed to gain over level 70 Faith are permitted to select one of the Deificated Gods (not to be confused with Defecated Gods… eww) as their chosen deity, players are then able to earn Divine Esteem Points by acquiring and submitting Badges of Divine Grace from a variety of different game features such as joining the Held Road Ranking, slaying the final Boss in Hero Difficulty Group Instances, killing world Elite Monsters and more. By acquiring these badges and subsequent Divine Esteem Points players will gain access to a variety of Divine Grace Skills.

As well as the Grace Skills acquired those players who have reached over level 11 in their Divine Esteem Points and are ranked in the top 200 players can then compete with each other for Godhood. There are currently five different Godhoods available, with more to be added in future, which will give players the chance to turn into a Deificated character (one who has god like powers) for 5 minutes per day making them a force to be reckoned with. This time can be increased by other players giving worship and praying to the Deificated player (yeh you read that right… other players worshipping you in game!), each prayer increasing the time by a set amount. This not a completely one-sided benefit as players are able to get various benefits, boons and items for their piety.