Elvenar The Air Traders are coming

Elvenar The Air Traders are coming

Summer event in Elvenar: The Air Traders are coming

InnoGames, Germany's leading developer and publisher of online and mobile games, today announces the event "Air Traders' Voyage" for the successful city-building strategy game Elvenar. Air Traders are nomadic merchants from the desert regions of Unur and they want to create a trade route with Elvenar. Players have to help them find materials for the construction of the Trade Hub and have the opportunity to meet this curious, yet fascinating group of visitors. From now until July 6th, players will be able to discover Fuel Crystals, a valuable resource for the Air Traders, which happen to fall from the sky near their town. 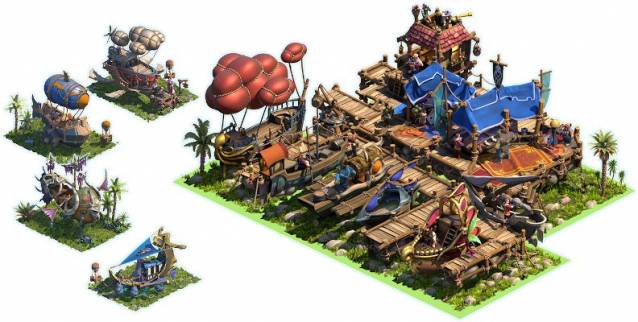 The trailer for the event "Air Traders' Voyage," which also explains the game mechanics in detail, is available here:

With Fuel Crystals, players can open chests containing special rewards and take them to the next step on the road to the grand prize. 25 Fuel Crystals are available each day as a daily login bonus. The rewards include various building sets based on the nomadic traditions of the Air Traders, as well as trading ships from various factions in the game, such as Fairy, Dwarven or Woodelven ships. The quest line consists of a story part and additional episodic quests that begin once the main story is completed.

Elvenar is available for the browser, iOS and Android devices and can be played for free.

Elvenar is a city-building Strategy-MMO set in a fantasy world. Tasked with creating a flourishing city, players can choose between Elves or Humans. This choice affects the appearance of the cities and their inhabitants, as well as the available technologies and units. The elves live in the midst of magical creatures in harmony with nature, while humans are ambitious builders and engineers. Between managing resources, leveling up buildings and unlocking new perks, players should also pay attention to the multiplayer-map if they want to find valuable relics. Yet, players might have to fight numerous fantastic creatures for them. Since its release in May 2015, Elvenar has been receiving continuous content updates, and as a cross-platform title, players can switch between browser, iOS and Android devices at any time.