Drakensang Online: The Good & The Bad

Drakensang Online: The Good & The Bad


Drakensang Online is a free to play cross-platform action hack n’ slash RPG where players adventure across a fantasy grim-dark realm filled with creatures and chaos. Featured with multiple classes, pets, mounts, dungeons, crafting and PVE, the game provides a wealth of content. Let’s check out the Good & Bad of one of this Bigpoint’s title...

Skill Points - The game allows players to constantly shift their acquired Skill points around, taking them out of one skill and putting them in another and then changing them again; players can even create various builds for solo PVE, groups or PVP if they have standard builds so they don't have to constantly change them when they do other activities

Fast Action Combat – The combat is extremely fun and forces players to actively manage their hitpoints and mana, the available PVE content is suitable for solo play but has a number of challenges that require a group of players to take down

Regular New Content - From one off events around every month, updates and new features, and even full expansions that add end-game content and brand new regions, the game is constantly adding in new content for players to experience

Awesome Graphics - The special effects, animations and general world design is all extremely well done and creates an amazing and atmospheric world to explore; whilst the graphics are a little aged in some places, overall the game still looks pretty great for an older title

An F2P Diablo III - Albeit it doesn't have the depth of features or story that Diablo III has, for someone never playing an action RPG MMO before then it is a worthwhile choice and provides that Diablo III feel with its missions and environments without having to pay any cash up front

Browser-based option – Those who prefer not to download a client can play through any Internet browser.

Flash Sales - As with the above, when the cash shop has flash sales where players can pick up some goodies on the cheap, that are only available for a short period of time, the times are generally bias towards the EU community and others, again, miss out

New Player PVP - The number of high-gear new players from alt "twink" accounts (i.e. alternate characters of high level players who have grinded for the best gear on their low level character) makes them dominate in PVP against inexperienced new players, which really takes the fun out of the player experience

Back-and-Forth Quests - The frequency of getting a quest in an area, completing it, leaving the area to hand it in to the necessary NPC and then getting a quest to go all the way back to the SAME area is way too high and is a frustrating waste of time

Random Crafted Stats - The game itself is a bit of a grind, to advance the crafting skills requires a lot of time and effort to gather the necessary materials, which is hours and hours of play, only to have it all potentially fall flat on random stats when you craft the item... 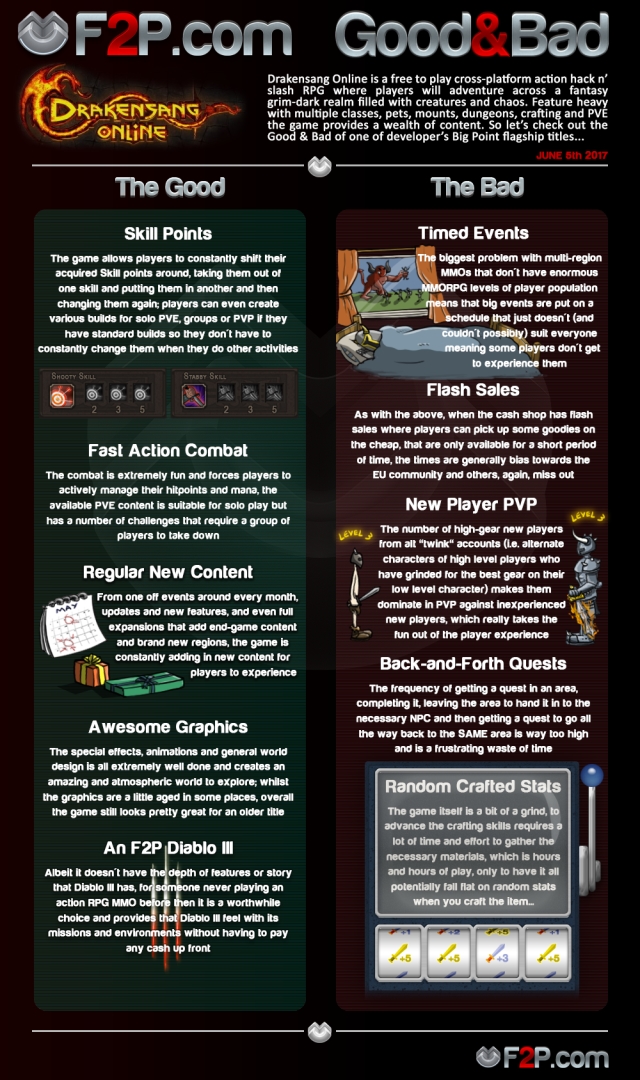