Bytro Lab and Dorado Games publisher for Conflict of Nations - World War 3 offer the update for September 2019 here on F2P.com.

In recent news, the world of CoN as we know it has evolved in our much hinted, new map: Rising Tides. The team has been hard at work to give you a fresh take on modern war which we're all very excited to share with you. Without further ado, let us give you the nitty gritty of what's in store. 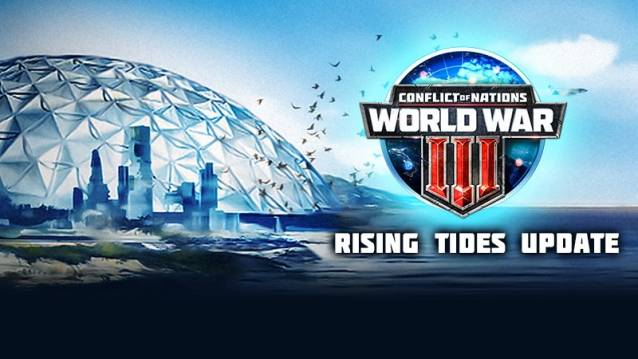 The Earth is at risk of losing its biggest contributor to the air that we breathe. Nations are in disagreement and unable to find the fitting resolve to bring an end to this catastrophe. The future of humanity is uncertain in this ecological and political crisis.

In 2040, climate change has dramatically changed the face of the planet. Precious resources, once taken for granted, have become catalysts for all out war. Holding one or more of these last remaining nodes will ultimately decide the fate of the world's few remaining nations.

● Strategic Points are scattered throughout the map

● Every Strategic Point is worth 1000 Victory Points

Amidst the catastrophic effects of the shifting climate, and the imminent threat of a global war, refugees from all over the world are abandoning their homes to settle in safe zone cities. These cities are known as Sanctuaries.

● Some cities are designated as Sanctuaries at game start, and cannot be built or destroyed

● Once a Sanctuary has reached a minimum Population of 4, it automatically starts charging a Radiation Dome over several hours


○ When the Radiation Dome is fully charged, a Sanctuary is worth 50 Victory Points

● Radiation Domes DO NOT protect units stationed in a Sanctuary

A new faction emerges in Rising Tides: The Chosen 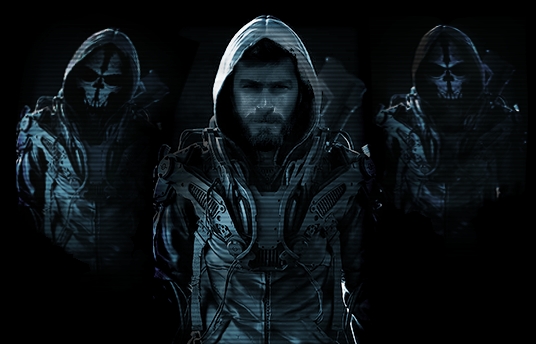 Led by their visionary leader, Eshaton, The Chosen stop at nothing pursuing their divine charge. Stealth and subterfuge are their weapons of choice. They blend into the unbounded streams of refugees pouring across the fractured continents. And strike when least expected.