Early lead possibility from players spending cash, not much different from Bytro's games

As you probably know by now, we have checked out the new real-time corss-platform strategy MMO Conflict of Nations, from developers Dorado Games (DOG Ltd) in collaboration with Bytro Labs (Supremacy 1914, Call of War 1942). In this game, players get thrown into the melting pot of the late 20th/early 21st century as a ruler of their own real-world nation at the brink of World War 3. The ultimate goal of the game is to control territories, with each of them being worth a certain number of Victory Points that are added to the total of the player who controls it; each game has a target number of Victory Points that a single player or official Alliance has to reach in order to win the game (at which point it resets). How you go about this is where the strategy comes in.

The game is cross-platform (PC, iOS and Android devices) free to play and so we spent some hours to see just what was on offer. Unfortunately we will say up front that a few hours of playing this game doesn't really do the game justice as it is a drawn out strategy that takes hours just to do anything; it's not really a game that you can sit there and play at length and get a full idea of what the game is about. 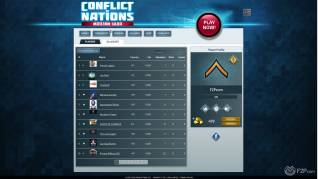 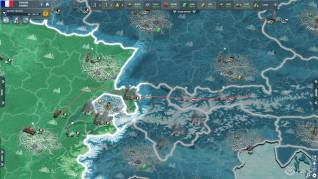 Heading into the game you get the choice of joining a game or creating your own; games are broken down into the preferred language of the players, which is pretty necessary for diplomacy and tactics, as well as indicating how many player slots are still free (with a max of 26 players per game). Upon choosing your game it lists the 26 available playable nations as well as an overview of the world map to see where these nations are in relation to each other. The world map is huge and is broken down into all the real world countries that, if not controlled by players, are controlled by the AI; our initial choice of where to start is extremely important as not only does it determine how many cities you begin with (which sounds imbalanced, but it simply means you have more places to try and defend early on, which is difficult) but also how close you are to potential allies... or rivals.

With our nation chosen, we find ourselves in control of a number of cities and it is our responsibility to nurture them, create industry to yield resources that we can use to construct buildings and train air, land and sea units, or research new technologies to improve your forces unlocking new vehicles and unit types. One of the key pieces of information we haven't yet mentioned when choosing the game you want to join is, probably most importantly, what Day the game is currently at. As the game is a persistent world players will carry on playing even when you log off and the tasks that they perform, anything from building up their infrastructure and upgrading cities, to researching new techs, to simply moving military units around the map will take hours and even days (if you're trying to move them extremely long distances such as from one side of the continent to the other). 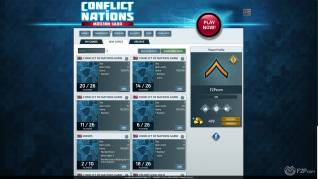 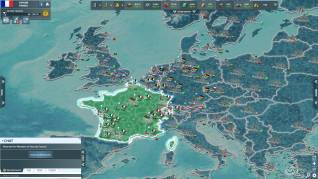 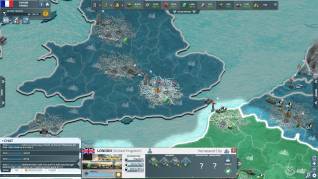 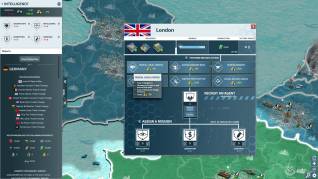 Each Day a game has been existence means that players have already pulled ahead, they have earned more resources, they've had the time to train more troops. One of the bigger implications of "Days" is the tech tree; players have multiple branched trees that they can research new techs to unlock more powerful units (Infantry, Rockets, Armor, Naval, Air) and whilst progression takes hours and resources each tech also has a Day Requirement, where players are unable to unlock that tech until the game reaches a specific day. This addition ensures a number of key things; firstly it means that the pace of the game is more structured and balanced with everyone having a similar tech level, it means players can't make a bee-line down one tree to try and unlock a single tech that would give them a huge power spike, it also means that Premium "cash" players can't get too big of an advantage.

Combat is automated, marching your selected units to a target will engage in an automatic fight when they reach their location, where unit type, strength, morale and even the type of terrain will all play a factor into which way the battle swings. It's a simple system seen in most browser strategy MMOs; we'd like a little more but for automated combat it at least has a lot of elements that contribute to who will win.

Conflict of Nations does have premium currency options in the form of Gold, which is earned in game (but very infrequently) and generally seen as a resource purchased with real cash. It can be used to refill missing resources, purchase VIP membership which grants various benefits such as improved construction queues, and also allows rushing of builds and research. This last point would put the game in a precarious position if players could simply freely buy their way through the tech tree and gain a huge advantage. 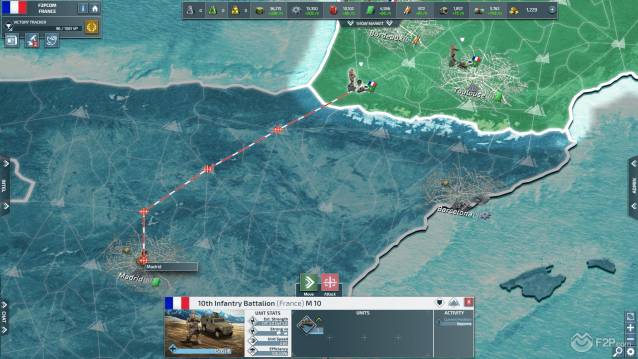 The real politics and diplomacy of the game is what stands this title out, beyond whatever mechanics and systems the developers put in place, it is the real negotiations that take place between real players that breath so much life into the title. If another player wants to make a Alliance with you then it's up to you to decide whether it is a mutually beneficial decision, or is the other player weaker and can you demand a tithe of resources for your assured protection, and if you make too high a demand is that player likely to plot your own downfall and attack you when you are at your most vulnerable? Much of this information is freely accessible, or at least obvious enough from the score ranking to see who is the more dominant force, but more interestingly is that players can use their spies to gather intel on their rivals to do anything from find out what they have researched, what they're building and what deals they have recently made with other players, to sabotaging their cities and troops to try and derail their efforts.

With 25 players in the game then keeping an eye on them all is a task in itself; who appears to be open for trade, who is pulling ahead towards the victory conditions (and at what costs)? Were you unfortunate enough to choose a starting nation surrounded by players in the hope you could make an early alliance with them and get a lead, only to find you are surrounded by single-minded warmongers that just want to destroy you? Has your intel revealed that two of these warmongers have been constantly trading with each other and are probably planning to gang up on you? This is the beauty of Conflict of Nations and it is fascinating.

The game has a lot to offer for players that love a good strategy, if you can handle the pace of the game and want something to keep jumping into every so often then it's definitely one to look at. The prospect of wallet warriors running the game is a potential concern, you can buy your way to an early lead quite easily and snowball your way to victory, but the cost of gold will mean this isn't necessarily an overly used tactic as to consistently do this throughout the course of a game (where all your money is gone once the game ends) would be pricey. 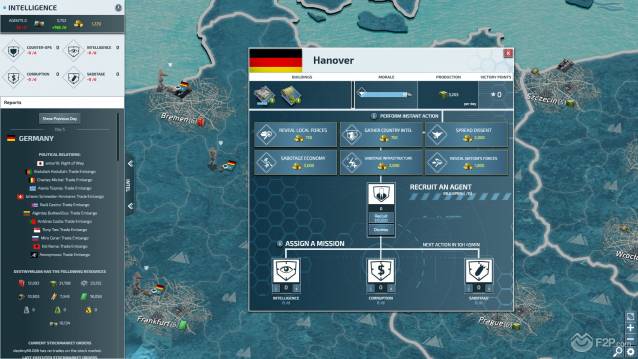 First Impressions on Conflict of Nations here on F2P.com