Dorado Games / Bytro Labs publishers for Conflict of Nations World War III offer the update and events for May 2019.

This weeks update focuses on reintroducing the esteemed Overkill map, a battleground where many Veterans and Privates alike enjoyed a maximum of 128 nations struggling for survival. The fully
overhauled map will be back in event rotation for all (Rank 2+) to enjoy and wreak havoc in equal proportion. Additionally sea province links are now available for this map, making the players life
easier when reading notifications and clicking on the locations. 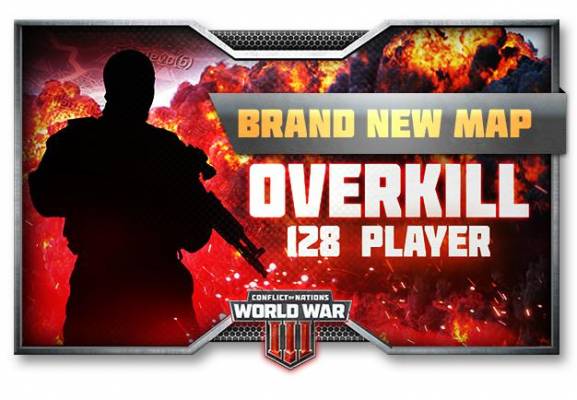 128 Player overkill version makes its debut with an overhauled map:

● The map was rebalanced to cater to the new player count.

● Sea province names are introduced to the map, which will prove themselves to be very useful when checking on event notifications players will be directed to the sea province mentioned.
● General fixes and overall updates have been applied, including renaming of capitals, added AI nations where needed, and more tweaks.

● Nuclear Warheads are in the player inventory from day 1.

● All Research is available from day 1.

In Conjunction to the WW3: Apocalypse, we are happy to feature the Middle East Crisis games, allowing one lucky player to take control of The Caliphate nation (Insurgents). This Special Nation will
let you play as any insurgent that appears on the map! Be warned though, you will need to change your mindset when playing as these ruthless conquerors, they do not play like any other nation available in Conflict of Nations. This map hosts 20 playable nations which are situated in the middle east.

● All research is available from day 1.

● Non-premium players are inactive after 3 days.