Conflict of Nations - With the holidays moving closer we are hard at work making our battlefields even more lethal. The biggest changes are the devastating Area and Friendly Fire Effects of Nukes and Chems as well as Splash Damage for ranged unit attacks. Players should take note of these changes before resuming their running games, or starting new ones. Splash damage will be applied to all units caught within the range damage of: Navy and Artillery units, and Missiles. As a result this means that players are at risk of going to war with any other nation who allocated units in the area of attack or even damaging their own or allied armies close by. 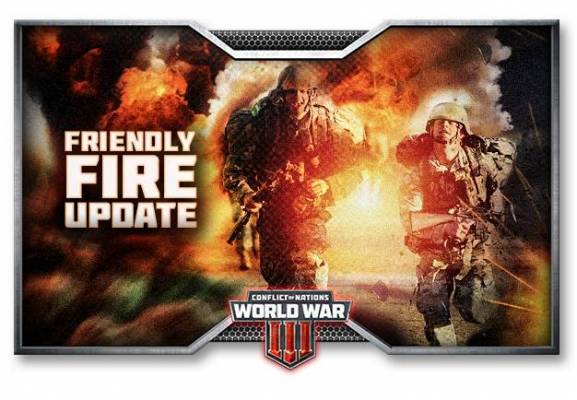 ● Grounded aircraft are now able to be targeted by missiles
● Reporting players, messages and coalitions has been disabled due to abuse
● Flashpoint Europe has received an updated map background
● Delaying ranged units when they are in transporters no longer causes a game error
● The unit-speed stat on Military Logistics provinces now displays the correct travel time
● Insurgent uprising in news only appears when the province was previously player owned
● The damage types in the unit info panel have been reordered for easier understanding.
● Unidentified armored units will now display over unidentified infantry