The introduction of Season 6 opens a new chapter in CON with the new elite unit marking the debut of a brand-new unit feature: Deploy Armament. This feature allows units to deploy military equipment directly to the frontlines, paving the way for a new generation of tactics.

Season 6 features the Elite UGV, a highly flexible unit that adds a significant layer of protection to infantry deployed in hotspots across the globe. It is designed to excel in urban operations and can engage targets in densely populated areas with surgical precision, reducing collateral damage and keeping infrastructure intact. Mechanized Infantry, Naval Infantry, and Special Forces can deploy the Elite UGV.

Over the past months the team has reworked existing systems, introduced new systems, and added a new resource, Deployable Gear, in order to bring the Deploy Armament feature to life. In future, it will finally allow us to create new, exciting units that have been requested over the years, such as landmines, and further push the tactical boundaries of CON.


Introducing: The Unmanned Ground Vehicle on Conflict of Nations 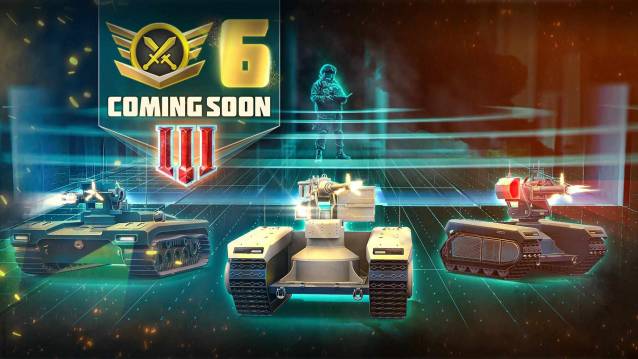 A multi-mission capable unit, utilizing robotic systems, able to be deployed by Mechanized, Naval, or Special Forces Infantry only. The command and control of the UGV is handled using a tactical robot controller - the Unmanned Ground Vehicle adds an extra layer of protection and support for your boots on the ground. It is extremely effective in Urban and Suburban terrain.

Note: The new unit will only be available in NEW games which are spawned after release

● Increased Radar range (50-75)
● Significantly reduced speed penalty in hostile terrain
● Security Council members need 2,000 Points in this Season to unlock the UGV once the Season is over


Elite Railgun makes a comeback - for a limited time!

The Railgun is making a return! Those of you who haven’t had a chance to permanently unlock this destructive unit before can now have another crack at it during Season 6!

Security Council members need 1,000 Points in this Season for permanent unlock of the Railgun.

In case this is your first Season, here’s a rundown how Seasons work:
Earn Season Points by killing units in any of your games - they all count!
Try out the unique Seasonal Units, available to everyone!
(NOTE: Only available for new games starting now)

Season 6 and 4 Units can be researched from a new tab in the Research Panel. Any Elite units you have already unlocked from previous seasons are fully able to be mobilized in any game of your choice!

To see if it was successfully added to your account check your premium inventory on the top right. In there you should see a Premium account profile set for 2 months.

Step 3. To redeem the content, create an account and pass the tutorial. Once you do, you will have on your profile two months of High Command account.

Valid until May 31th

Is a free to play cross-platform MMO, Conflict of Nations WW3 is a modern day real time strategy game where players control their own real world nation and, in the face of a global war, seek to become the strongest world power that they can be by dominating their opponents and destroying their rivals as their influence spreads across the globe.