Conflict of Nations and F2P.com offer for the new players this Free Starter Pack from now to Sunday 30th of September 2018. 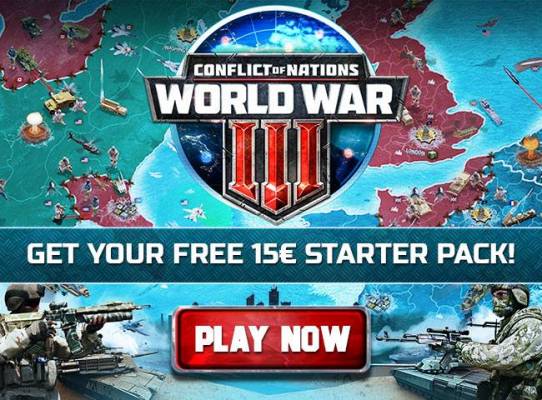 Requirements: Only for new users. Starter pack will automatically be credited after successfully finishing the tutorial.

IMPORTANT: This giveaway is only valid for new and unregistered players. Packs will be credited after registration.

Conflict of Nations - CoN is a Free-to-play Browser MMO Game for PC and soon for , CoN is a modern day real-time strategy game. The players control theis own real world nation.

Conflict of Nations: Modern War is a military themed online real-time grand-strategy game set in the late 20th and early 21st century – fielding from 1980s cold war to highly modern 21st century battlefield technology. The player’s role in the game is to take command of his national military forces and conquer other player-controlled countries in our modern world. Starting with basic infantry, aircraft and naval units he needs to research and deploy ever more powerful weapon systems, ranging from nuclear submarines to intercontinental ballistic missiles. 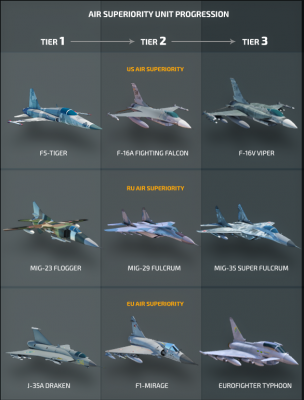 Conflict of Nations - Modern War is a free-to-play browser based strategy game which places the player's in the role of commander of one of today's modern armed forces, a real time strategy game that requires you to build your nation up, star wars and make alliances. All for the final goal of World Domination.