The THADD system (Terminal High Altitude Area Defense) is an anti-ballistic system designed in responde to the Scud missile attacks. Defense misiles are equipped with kinetic energy to detonate both high and low altitude missile attacks.

The new map, which offers a more complex experience, adds three new countries to South America, five to Africa, six to Europe, four to Asia and one to Oceania. In this 45-player map, AI countries won't have resources attributed to them, which will impact in players' strategies. 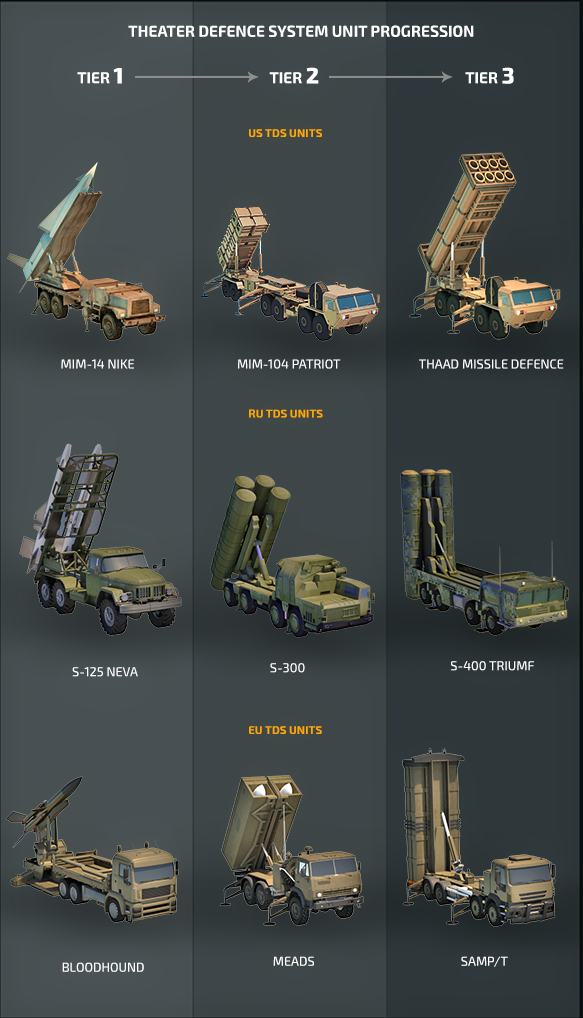