This weeks update has a wealth of changes for Conflict of Nations World War 3. Players will find some much requested features make a return, such as; Resource trading (Alliance Challenges only). Additionally some balancing changes were done to bring a units strengths into focus, giving them a better edge at what they do. This holds true for the building changes too, making bunkers more feasible but still costly. In the end the balance changes have been adjusted in a way that the units/buildings which are better at what they are meant to do and what they need to achieve. A full list of all changes can be found in the Conflict of Nations in-game news.

A couple of weeks ago we released the Rank & Stats overhaul update. After migrating the stats over to the new system, players reported incomplete, or in some cases, reset stats causing their rank to drop significantly. Due to these unforeseen circumstances we reverted to the older stats system to investigate the cause.

Fast forward to today, we're happy to say that our internal testing shows promising results. In our recent update players will find that the Realtime-Stat-System will be live again - this includes:

The new Realtime-Stats-System will completely recalculate the player score using the new points, giving everyone the accurate rank that they have worked for since CoN boot camp.
Standard Alliance challenges are now enabled, allowing Team leaders to challenge other alliances

● Real-time stats are back! 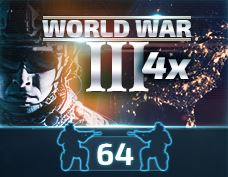