Conflict of Nations: WW3 is a free-to-play Long Term Strategy (LTS) game where modern global warfare is waged in real-time between up to 100 players in campaigns spanning days and weeks. Already a hit game on the PC enjoyed by over 1.8 million players, Conflict of Nations can now be played natively on iOS and Android, allowing PC and mobile strategy fans to battle it out in massively-multiplayer warfare scenarios spanning the modern globe.

Step 4. To redeem your 10 euro starter pack, create an account and pass the tutorial. Once you do, you will have two months of premium account on your profile on PC or moblie devices. 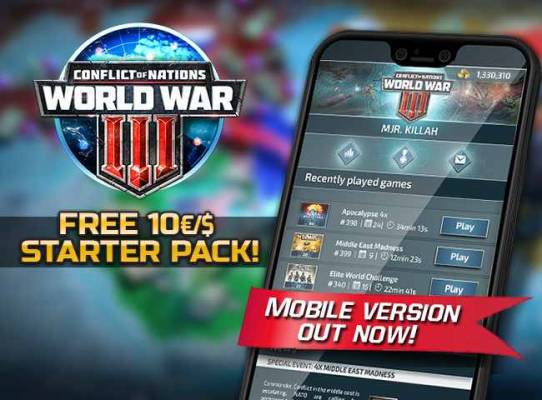 IMPORTANT: This giveaway is only valid for new and unregistered players. Packs will be credited after registration.