The classes in Skyforge

Today we have for you new details explaining the available classes in Skyforge, the upcoming fantasy meets sci-fi free to play MMORPG developed by Obsidian Eterntainment and Allods Team.

The game uses a non-traditional system, unique for an MMORPG, influenced by MOBA games, the most popular online games nowadays. As in these games, in Skyforge players are not required to select one specific class, they will have constant access to all classes without the need to progress each class individually. A player could choose a Cryomancer, play for an hour and then change the class to Lightbinder if long-range combat isn't his thing. And as players develop their characters, more and more classes will become accessible. 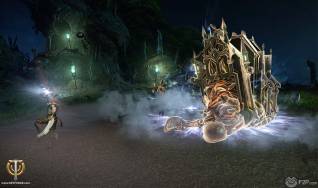 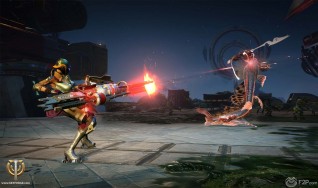 In Skyforge classes are divided into several groups depending on access level. Beginners have access to three classes at the start of the game – Lightbinder, Paladin and Cryomancer. Gradually, after completing various adventures and receiving rewards, intermediate and advanced classes, with 5 in each, become accessible. For example, a Berserker is an intermediate class and it will take several days from the start of the game to gain access to it. However, to play as a Gunner, players would have to spend several weeks developing their character because it is in the advanced group.

Moreover, players can change their class anywhere and at any time as long as their group is not in combat. There is no need to waste time going to a special place in a certain town.

To answer the question 'why is this change necessary' of those who prefer to stick to one role, developers says that the answer to that lies in the fact that there is a large number of classes with one role but each of them have their own unique qualities. E.g., Cryomancer and Gunner are both long range combat classes, but they are completely different in terms of style and gameplay. If you like to smash enemies that cross your path without stopping before anyone, a Gunner is an ideal choice. If you prefer positional combat, then a Cryomancer is an excellent candidate due to its crowd control skills. A Lightbinder is not just a DD, but also an excellent support class with additional protection skills. Close combat classes can also differ greatly from each other. For example, a Paladin is a DD oriented towards a single target. However, a Berserker will feel fairly comfortable in combat with a large number of opponents because its skills are more focused on area damage. Players will find their own entertainment here: by progressing this and other classes, they will gradually master a role, perfecting the art of close or long range combat.

Players can focus on maxing out their character by playing and developing one type of class, but there is also the option of going further and developing classes which fit other roles in a group. This will probably help players when they come across groups that need to fill a specific role. Does "need tank, last slot" sound familar? 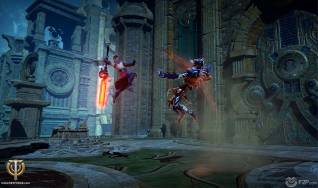 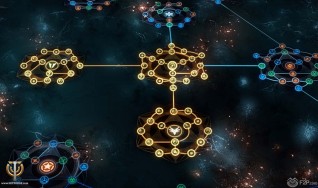 In Skyforge the risk of not finding the required class is very minimal. It only takes a few minutes to become a Paladin and open up the first few skills in the Progress Chart. The class switch system is designed so that even when you first switch classes from a class you’ve developed, the new class you switch to will also be as developed. This is because the main attributes are tied to the character and not the class. Changing classes opens up dozens of new strategies in raids or even against regular monsters. If a boss has increased resistance to long distance attacks - players need to switch to Berserker or Paladin and inflict damage close range.

Tactics are also important in PvP! During battle at the Ring of Immortals arena, players need to capture strategic points. If you want to get the enemy out of an occupied area, it is easier to do so with a Gunner and Lightbinder, but to maintain your hold of the point you will need another combination – for example a Berserker and Lightbinder. There are many options; teamwork and player ingenuity will also play an important role.

When you select a class in the game you will always know that you’re not locked into that class. For you can switch to another role and open a new world for you by playing for another class. Tactics in PvP and raids, game diversity, development of new builds - all this is possible with the opportunity to change classes at any moment.

If you wish to know more about Skyforge, click on the 'info' button below.