What Do We Love About… Skyforge?

What Do We Love About... Skyforge?

We’re asking “What Do We Love About… Skyforge?” in our newest article; the sci-fantasy themed MMORPG from Team Allods (developers of Allods Online) where players take on the role of immortal “deities”, powerful beings who watch over the world as its protectors. Answering the prayers and desperate please from the populous, your character will repeatedly head down to the world to help them as well as fighting off those evil “deities” that seek to bring chaos to the people.

There’s a lot that we love about this game, but here’s the stuff at the top of our list. 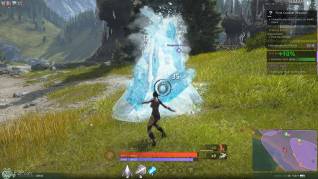 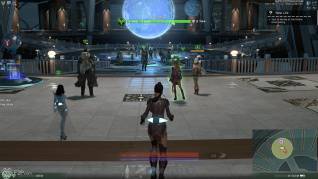 Cinematic Graphics
Visually the game looks stunning, making it feel epic. From the superb graphics quality and special effects, the model and character design, the world building, everything is done to such a high quality that the game definitely delivers on that AAA standard. Combined with the cinematics that fall seamlessly into the gameplay, or the animated and fully voiced interactions with NPCs when advancing various quests, the stunning locales ranging from high above the futuristic city skyline or deep in the heart of some forgotten Aztec style temples, players will definitely feel immersed in the game.

Quests
Questing is fun, interesting and functional. Whilst in many ways we still have a traditional quest based MMORPG the methods in which the Quest system is delivered is extremely well done. When entering a new quest instance players don’t have to first gather up all their quests and then try to work out the most functional order in which to complete them. Instead quests are activated automatically once entering an area that is relevant to the location, meaning if you have a quest for killing a certain creature and then the quest disappears from your active quests, it means you’ve strayed too far from the quest zone. More impressive is the removal of the need to go and hand in quests; those quests with a series will instantly update when the previous quest has been completed, once the series is finished then the player can get their rewards in the field straight away and don’t need to go hand a completed quest in to receive them.

Action Combat
Combat has a dynamic and fast element to it. Whilst there is an aspect of auto-targeting using the F key to lock on to a targeted enemy, this is more to help players once they find themselves fighting in the midst of a dozen enemies so that they don’t lose track of their target. Players will have to aim their own skill shots, position themselves to make melee attacks, and even use various abilities or the dodge manoeuvre to quickly dash out of the way of oncoming attacks meaning combatants are constantly moving around the battlefield trying to get a better position. When certain enemies are killed they drop health replenishments, so players are able to stay in the fight for longer instead of having to keep backing off to heal up.

Switching Classes
Players can play all the classes on one character. Possibly the most unique element to Skyforge is that after players have designed and created their character they aren’t prompted to choose a class, instead once in the game players can switch between any of the available classes at any point. With thirteen classes to choose from covering an array of combat styles, roles in groups, melee and ranged fighters, players are able to select the class that best suits the situation, but also it means that when players are in a group they never need to be without one of the key roles and players can change the team composition based on the challenge they’ll be facing.

Class Customizing
Each class can be customized to a high degree. Although players do have access to each class on a single character, they do need to level each class up individually, meaning players will likely have some classes that are far more effective in combat than others if they have focused on training them up. Each class has a unique Ascension Atlas, a network of nodes that players spend crystals on to unlock new skills, stat boosts or passive abilities to improve their character. As players spend more crystals on a class and head deeper into the tree, the upper tiers of the Atlas for each class opens up a far great variation of talents and branching paths allowing players to take the class into different specializations and making their own builds.

Overall Accessibility to Features
Near all features are accessible instantly. In the same vein as questing where players don’t have to run back to quest givers, the same can be said for most other features in the game that can be accessed from the menu with the push of a button. Crafting, mail, even selling junk to vendors can all be done whilst players are out in the field and doesn’t require them heading to civilization seeking out a vendor or terminal, meaning players can stay out where the action is and keep playing. 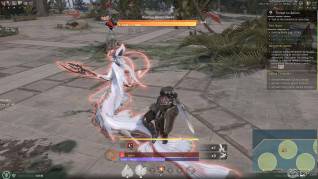 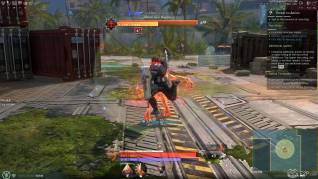 So that’s what we love with Skyforge, but more importantly what are some of your favourite things? What do you think could/should be added to our list that makes the game great? Let us know what you think in the comments below!