This event covers BF and Cyber Monday with special Wheel of Fortune with unique rewards on GoodGame Empire; 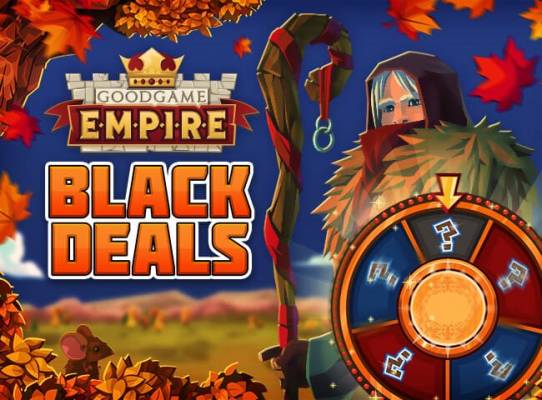 Build up your own Castle

Earn XP and level up to unlock new features

Build up your own army

Complete quests and challenges for rewards

Attack enemy castles and defend your own