This past week, the european version of Aion received the Wind of Fate update (4.8). And for the ocassion we got the chance to talk with Nicolas Stumpf, Product Director at Gameforge about the changes that this huge update brings to the game. Keep reading! 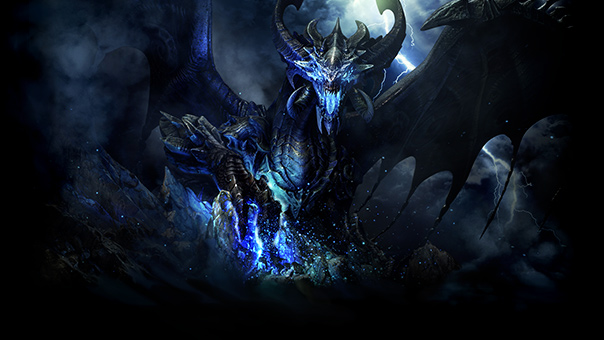 During the Great Invasion, Beritra managed to distract all Daevas by sending out his forces to fight them. In the meantime, he was able to to destroy the seals that kept the new continent buried below the water surface. The destruction caused Katalam, Sarpan and Tiamaranta to disappear while one new continent emerged from deep. Beritra takes a step into Vengar and Signia to eventually find an artefact that belongs to Ereshkigal, who was buried deep under the sea.

There will be 2 completely new zones, which will be faction specific like Gelkmaros and Inggison. The first new zone is Vengar, which belongs to the Asmodians, and Signia belonging to the Elyos. There are rifts that are spawning randomly that allow entering the opposing faction territory. Both areas are high PVP zones compared to Sarpan and Tiamaranta.

Apart from the new zones, there will be no changes to the remaining old zones, so everything will look like before.

Even though the “territory battle” sounds like a PVP feature, it actually is 100% PVE, as you have to fight waves of mobs, not other players.

Additionally, there will be one completely new instance, called Makarna. Here you have to fight Beritra as the end boss in a very challenging fight.

Also, many instances have been changed and upgraded, like the Sealed Hall of the Wisdom, Lost Rentus Base, Lost Refuge and Tiamat’s Hidden Space.

And there are lots of other small PVE content changes to be discovered!

The new territory fight feature is directed to allow a battle between legions. The legions are not directly fighting against each other though; they compete in a separate “game within the game”. Each legion has to face several waves of mobs. The legion that performs better wins. This whole thing will take place on a special separate map. Any remaining player of the legion with the higher amount of points at the end will have advantages such as buffs or access to special vendors. You have to have a L6 legion and at least 12 players to enter a battle, and there will be some really nice rewards.

How have the classes changed and what kind of new skills can we expect?

All classes will get at least 3 exciting new skills. Most of them are related to the new Stigma-system. Also lots of existing skills have been changed, some skills also have been removed.

There are way too many changes to mention them here in detail now, but please check our Patch notes for details.

The previous Stigma system was rather complicated and complex. Also lots of materials were needed. The new system is much easier to understand and use. The biggest changes are: Instead of 12 Stigmas, you require only 6 stigmas to fully equip your equipment now, with a 7th Skill being added when all slots have been slotted correctly.

Slotting Stigmas does not require Stigma shards anymore, you pay Kinah for it.

You don’t need to buy new stigmas with each level up, you will receive them automatically. Some Stigmas can be enchanted/upgraded now (visit your Stigma master) so they will provide some neat effect like skill-improvements, reduced cooldown times and the like.

There have been changes to the general UI of the game. The biggest one is about the character selection screen. It now shows a list of your characters instead of having the stand on plattforms.

Also, the skill overview page has been changed to provide a better overview.