Time for a new episode of our F2PMeter series. Today we will test Aion, a title initially launched in Asia with a subscription-based monetisation model that switched to a free-to-play business model in February 2012. It has been localised for seven different languages and is regularly updated with additional content and enhancements.

Aion thrusts players into the visually astonishing and breathtaking fantasy world of Atreia, which is shattered and torn apart by a celestial war. Taking on the role of a winged Elyos or Asmodian, they will soar through the skies and experience a plethora of story-driven content, including intense PvE and PvP combat, abundant solo adventures, intriguing epic group quests, challenging dungeons, and massive Legion raids.

Remember: Games start with a 100% of free-to-play-ness. That percentage will vary depending on the answers to our questions.

No. Since adopting a free-to-play business model in early 2012, Aion allows players to create an account, download the client and play for absolutely free.

Yes (optinal) – -15%. With the change to free-to-play, all subscription options were officially removed from the game and players who had paid for a subscription before were granted Veteran status, which provides them with enhanced chat and trading options. However, there are Gold Packs available for purchase, which grant Premium status for the duration of 30 days and include bonuses that allow for levelling up faster, more frequent visits to instances and better rewards. These Gold Packs pretty much function as a non-recurring monthly subscription.

No. All content released with updates and expansions is made available to everyone for free.

Yes – -5%. Aion features a shop that offers a huge array of cosmetics, pets, mounts, supporting and premium items for purchase with the game’s premium currency, which has to be bought with real-world money.

No (questionable) – -5%. The majority of items offered in the shop only serve aesthetical customisation purposes and in the case of Gold Packs offer shortcuts to reach the level cap faster. Some of the premium items, however, allow players to increase specific attributes and we can’t imagine how this is in line with the publisher’s statement that “all players have the same chances in PvP”.

No. Aion allows players to customise the UI to some degree in the Game Options, which includes adding extra Quickbars, display options, chatbox customisation and key mapping. The HUD (Heads Up Display) can also be set from the bottom (Default) to the top. All this is possible for all users, regardless of their account type (Starter, Veteran or Gold User), and it’s free of charge.

Yes. Everyone is granted free access to all of the races and classes available for play in Aion.

Yes – -10%. Non-paying users with a Starter account are unable to carry out any private trading, while Vaterans and Gold Users may open their own store and carry out business with the Trade Brokers. This restriction is justified as a means to prevent from bots and gold sellers.

Yes – -10%. The player’s inventory cube is limited to initially 27 slots plus 1 extra slot for quest items. They moreover have a Special Cube where all quest items will automatically be placed into in order to free space in the regular inventory cube. Players are able expand their inventory by visiting Cube Artisans to purchase additional slots. Artisans are only able to expand the player’s cube to up to 72 slots. After that, there are a few quests and rewards to expand further. Veterans are rewarded with a total of 108 inventory slots for a 2-year membership.

Yes. All zones and dungeons in the world of Atreia are accessible by everyone. However, Starters and Veterans can enter some of instances only on Wednesdays and/ or Saturdays, whereas Gold Users have daily access.

No. The end-game is available for everyone and revolves around battles for control of fortresses controlled by individual Legions (guilds), which involves combat against players of the opposing faction and computer-controlled NPCs at the same time, using siege weapons obtained from end-game PvE raid content.

Yes – +10%. Despite the option of purchasing Gold Packs or other premium items through micro-transactions, the game ultimately appears to be utterly fair and absolutely playable without taking out the wallet. Players who choose to pay get access to a huge amount of cosmetics, customisation options, convenience items and boosters which will surely grant them an easier life in the game, but it’s obviously nearly impossible to gain unfair advantages over non-paying users.

After being tested with our F2Pmeter, Aion receives a fair 65% of free-to-playness. 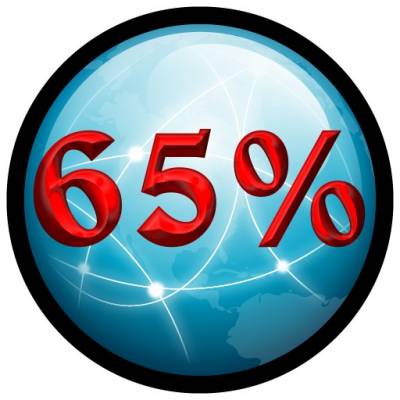