Holding onto that “classic” MMORPG questing style that is pretty boring now, not particularly intuitive with a lot of the mechanics.

Having played hundreds of different MMOs over the years and quite a few new and old MMORPGs, Aion (released in 2009 on North America and Europe) is one that always passed us by. So we decided it was time already to check it out. Is it still worth?

Well registration was a massive pain in the ass to start with; it took us about thirty minutes and three failed accounts to actually even log into the game. The issue we were facing was that when we would make our account then activate it when we went to log in actually in the game we were being told our new account had been disabled due to us being “suspected of using unauthorized methods”; it took a little back and forth and much confusion until we finally found out that it was because we had an adblock running in the browser we were activating our account… which apparently flags it as being something more sinister. 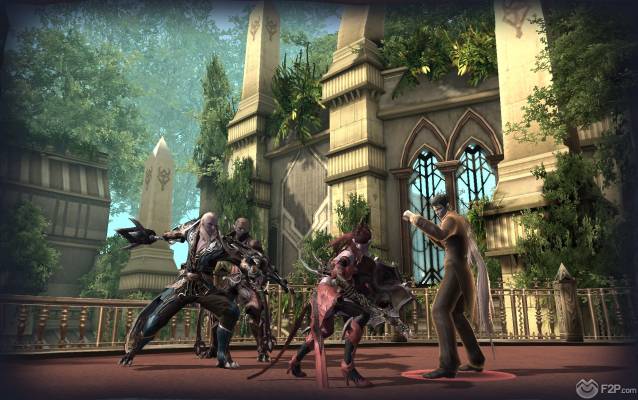 Issues aside we managed to log in (after a huge client download and patch) and start making our first character; the character creation is one of the best we’ve seen, which is particularly annoying given the age of the game that other MMOs just can’t/won’t follow suit. We could make some truly weird and wonderful looking characters, ours ended up being a tall, skinny purple Asmodian with a massive head, hands and feet and a huge red afro hairstyle; it looked ridiculous and we had more than a few “WTF…” chat comments as people stopped to take us in.

The game sets off like most traditional MMORPGs, focusing on quests that revolve around killing a set number of enemies, or going looting containers in the world for whatever quest item; it’s all very traditional. As the game was released in 2009 it’s also quite dated and still a very World of Warcraft formula that was very popular back then, still used now, but is somewhat tedious when there’s no twist to it. Running constantly back and forth between the same NPC to a distant quest area became mildly tedious, particularly with the excruciatingly slow running speed that our character had, which we’re pretty sure is a movement nerf for free to play accounts; there was a “30% Speed Buff” item that we had (with about 20 uses) that made us run at what felt like a normal speed, but the buff only lasted 4 minutes. Other players seemed to run faster, so straight away we don’t like it when developers make the game more annoying for free accounts and take away instead of simply giving subscribed accounts extra. 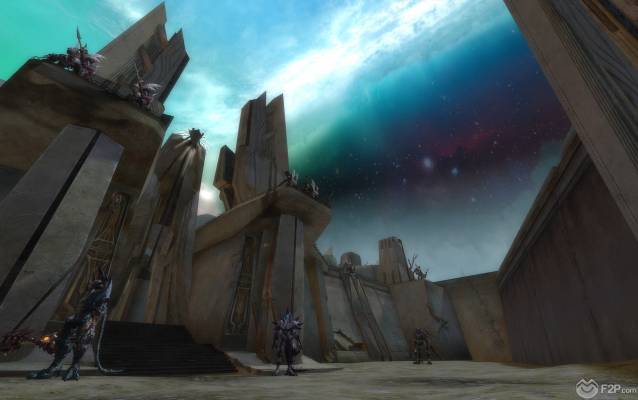 The combat was fine, nothing amazing and we only had a handful of attacks all the way up to level 10 (which is where our test run finished), and so whilst it was functional it wasn’t exactly enjoyable or particularly challenging as an Engineer. There was only one moment where we bit off a little more than we could chew and had to scarper, so even after nearly 5 hours of playtime we couldn’t tell you what the death screen looked like. One of the most annoying aspects of the game for us was most definitely the quest tracker; it felt completely unintuitive and took us way too long to work out what the different symbols and quest colours meant. Picking up a quest didn’t automatically add it to your quest window (though did add it to your journal), and we’d have to cycle through tabs to add it to the main window (not entirely sure what these different tabs were for as they didn’t seem to have labels). Then we only realised later that on the main “M” map it showed circular faded areas where the quest locations were… it was a constant switch between the map to see where the quest locations were, and more than once we returned from an area only to realise that we still had a quest there but it hadn’t been added to our active quests.

Now we’ll admit that after a while it all made sense, but it took a good few hours of “What the hell is this?” before it made sense, and we’ve played a LOT of MMORPGs dating way back to the original Ultima Online; Aion’s system just wasn’t intuitive and wasn’t explained particularly well. Going back and forth between quest areas was a chore and literally took us until level 8 until we realised that the stone alters where you could bind your hearthstone style item to so that you could instantly recall for free were also teleporters that you could travel to from any location, but pay a bit of gold and they’d be on a cooldown. Up to that point we were running back and forth... a lot… again… not intuitive. 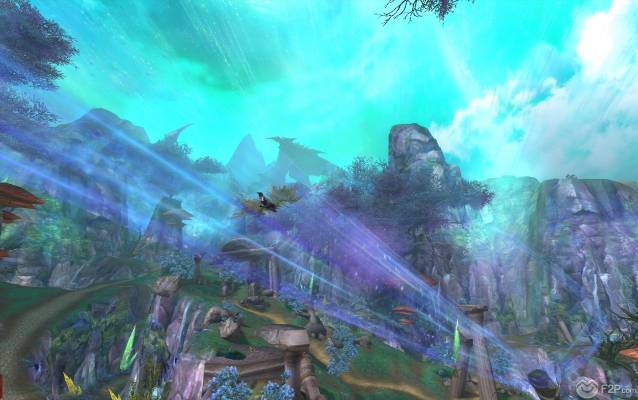 The graphics are truly dated, though the world design isn’t too bad, even if (at least in the early levels) quite often we were running from one location to the next for a good two minutes with no quests or anything to do in between; it was just a map that was bigger than it needed to be. The storyline itself was interesting enough and we particularly like how the future visions were interspersed with the storyline at times, temporarily transporting us to the Abyss (or wherever) to take part in the raging war that we would apparently turn the tide of. These moments were cool, but they were quite short lived and you didn’t get to do that much other than fly around and see other NPCs fighting, or have a quick fight with a relatively lacklustre enemy; it could have been more but it wasn’t.

Finishing off most of the first zone, completing the “visions” portion of the story-arc, and reaching around level ten took us to the next zone and a little beyond. We got a ceremonial presentation welcoming us, with a little cut scene of some guys saying “This guy, this has to be some kind of joke?” and then cutting to our lanky, weird looking character swaggering down the aisle to the cheer of the crowds; it was great but for all the wrong reasons! A little further in and we got to check out flight for the first time, a fun and interesting addition that will be cool for not only travel but PVE and PVP, though it wasn’t hugely smooth and felt a little clunky. PVP is unfortunately something we didn’t get to check out, being only level 10 it would appear the available PVP is from random rifts with the majority of PVP and other key features only appearing at later levels. 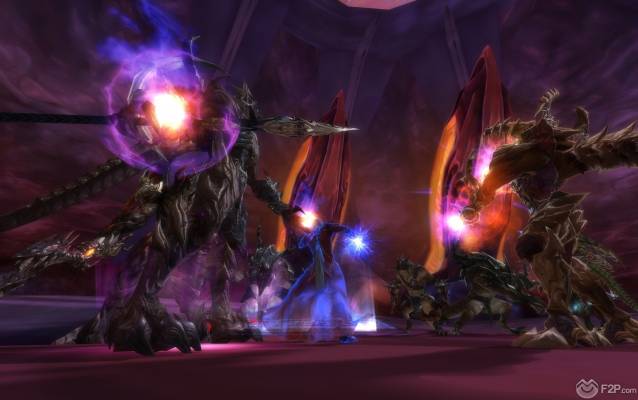 Overall the game isn’t bad, it’s just not held up that well and definitely feels like it needs an overhaul to bring up to being a more modern day MMORPG. If you played it back in the day then it would have been fine, but for us it wouldn’t even be up there for consideration in a list of MMORPGs that first time players should check out. It has a lot of nostalgia for many, but it also has a lot of old and tired gameplay habits that we just don’t enjoy anymore.