Aion free-to-play 4.0 is coming to Europe

Aion free-to-play 4.0 is coming to Europe

GameForge has just announced that the so awaited patch 4.0 for its free-to-play MMORPG Aion, will arrive to Europe during this summer, in August. The update will further expand the game with a lot of new content such as new classes (for the first time), a raised level cap of 65, new areas, new instances, gear and more. 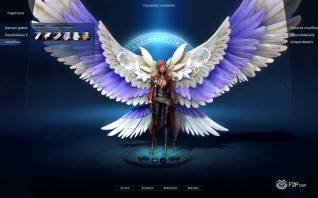 The new classes are the Engineer and the Artist. The engineer’s playing style changes according to the type of weapons he has. While the Aether Cannon causes an enormous amount of damage, but requires a considerable amount of time - revolvers make multiple shots and daredevil acrobatics possible.

The artist, on the other hand, is a little more on the quiet side: this class uses the power of music to inspire and heal allies as well as weaken enemies. Artists use all types of string instruments as their weapons.

“A game with a large volume of text such as AION requires an enormous localization effort, not to mention the technical requirements needed for each of the individual countries. It’s very important to us that when our players get the update, they are immediately able to play both in their native language and in the best possible quality at the same time. The necessary work towards this for 4.0 is progressing well and I’m confident that the update will be available on the European servers in August,” said Volker Boenigk, Executive Product Director for AION at Gameforge.