Today developer and producer Wargaming has released their latest major update 0.8.4 for its popular naval combat game World of Warships . The next instalment of the cycle dedicated to Soviet battleships marks the full release of the new tech tree and brings the second stage of the "Victory" competition, a new season of Ranked Battles, and dynamic environments in your Ports!

The new Tier X Kreml, Tier IX Sovetsky Soyuz, Tier IV Gangut and Tier III Knyaz Suvorov join the battleships that became available in Early Access last month, and will be heavily armoured ships of war with powerful weapons, best used at a close to medium range. Designed for aggressive play, these ships are designed for battlefield leaders, allowing players to penetrate enemy lines and deal huge damage to their opponents as they do. 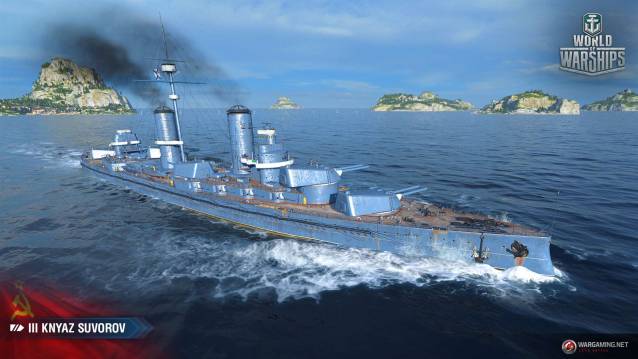 As part of the continuing “Victory” event, alongside these new battleships comes a special new Soviet Hero commander, Nikolai Kuznetsov, leader of the Soviet Navy during WWII and the 3rd commander with unique abilities in the game, after Halsey and Yamamoto. Players will be able to unlock him through new temporary resource - Provision tokens. Beside Commander Kuznetsov, Provision tokens can be exchanged for popular Tier V premium ship Murmansk or new “In the Service of the Motherland” containers. Besides regular rewards, containers will also contain elements of the new Soviet collection, which pays homage to Soviet naval architects, and their legacy as shipbuilders.

Today’s update introduces the new map, Greece, for Tier IX and X battles. Inspired by Santorini Island, this map features low islands, making it possible to attack the ships hiding behind them.

Update 0.8.4. will also feature a new season of Ranked Battles, where the teams will be composed of seven Tier X ships each and the battles will take place in the “Domination” and reworked “Epicenter” modes, where the center and rings can now be captured separately. One of the key features of the new season is the return of aircraft carriers into Ranked Battles alongside with the introduction of free ship rentals, which will give more players the opportunity to participate. 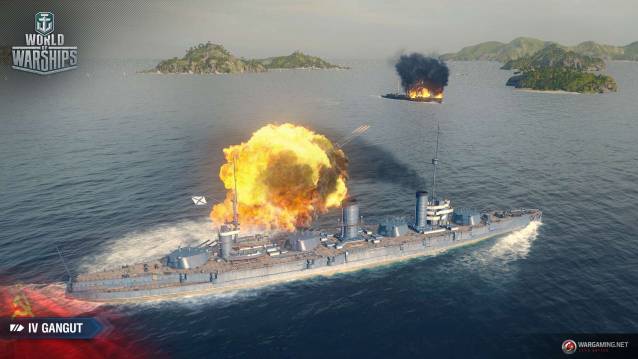 Finally, in-game Ports have also been updated, and will now feature dynamic environment. With this new feature, players will be able to view traditional Ports in new colours, day will succeed night in “night-time” Ports, Saint Petersburg will be hugged by a cozy mist, and in the Ocean Port, the sun will roll off into the horizon and set.

Further details on the update 0.8.4. are available in the latest video patch notes. Dasha Presents Update 0.8.4 for World of Warships