World of WarShips Searches for the best Naval Tattoo

World of WarShips Searches for the best Naval Tattoo

To celebrate the art and culture of tattoos – entwined with the naval heritage - World of Warships and World of Warships: Legends are inviting fans and community members to share images of their naval-inspired tattoos for a chance to win prizes and see their tattoo inspire an upcoming ship camouflage.

Starting July 17 through July 24, players can visit the portal to upload an image here. From July 24 – July 31 players will vote for the shortlisted tattoos, while the winning tattoos will be announced by August 13, 2020. 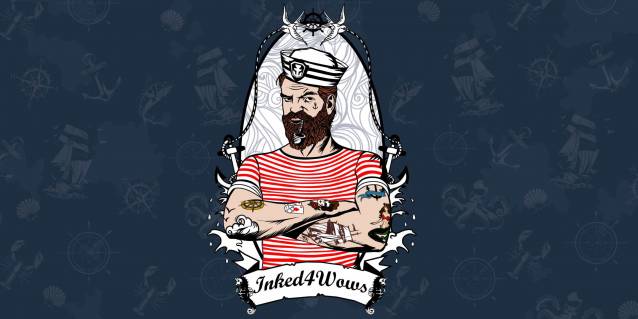 “Tattoos have been a part of navy culture since Captain Cook’s first voyage to Polynesia in the 1770s where he discovered intricate and beautiful body art of indigenous people,” said Philip Molodkovets, World of Warships’ Executive Producer. “For centuries sailors have been adorning their bodies with recognizable tattoos to appease the sea gods. Over the years tattoo art has become widespread form of personal expression, a way to show what you are passionate about. Therefore, with this tattoo contest we wanted to show the incredible bond between our community and the sea”, concluded Philip Molodkovets. 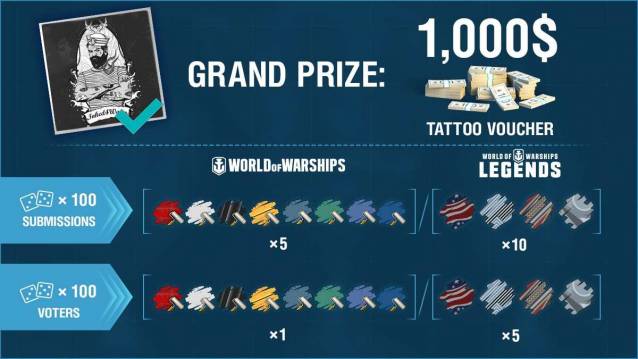 
About World of Warships

World of Warships is a free, historical, online combat PC game from Wargaming. With its massive fleet of most iconic war vessels, including four different ship classes and strategically designed environment, World of Warships provides the ultimate naval warfare gaming experience, suitable for everyone. Thanks to its largest collection of historically accurate ships available to play, World of Warships prides itself as a digital ship museum and a focal point for naval history enthusiasts.
New thematic content and innovative game modes are being added on regular basis, providing a diverse and exciting gameplay to its broad player base.


About World of Warships: Legends

Experience epic naval action in World of Warships: Legends, a massively multiplayer online game (available on Xbox and PS4) where you can master the seas in history’s greatest warships! Recruit legendary commanders from maritime history, upgrade your vessels and stake your claim to naval supremacy with or against players around the world in thrilling and immersive battles. World of Warships: Legends brings the online naval action loved by millions to home consoles for the very first time, alongside a host of content and features exclusive to the console experience.
Official website-

Wargaming is an award-winning online game developer and publisher headquartered in Nicosia, Cyprus. Operating since 1998, Wargaming has grown to become one of the leaders in the gaming industry with 4500+ employees and offices spread all over the world. Over 200 million players enjoy Wargaming’s titles across all major gaming platforms. Their flagship products include the massively popular free-to-play hit World of Tanks and the naval combat game World of Warships. The company’s dedicated unit, Wargaming Mobile, is forging collaborations to deliver new mobile experiences alongside their in-house game development.