One of the things that we’re often asked here at gamigo is what is it that makes Trove a stand-out in a world of block-building games. There’s a lot to unpack in that question and it’s something that we’d like to address today. 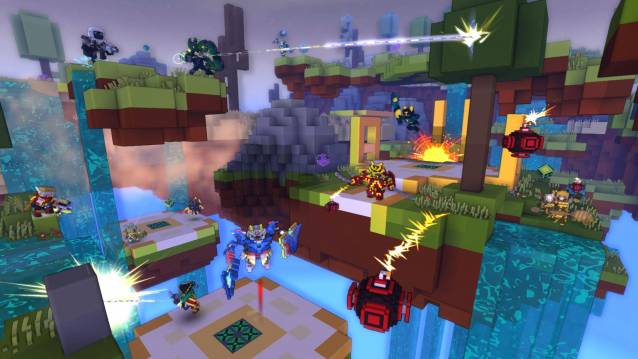 Many folks put Trove in the same category as its beloved cousins. Some of them had been around for years before Trove came to be and it’s clear from our vision for the game that Trove took the best parts of each and combined them in an always-online world full of new friends to meet and collectibles to unlock. Trove brought the MMORPG experience to the table, along with new features found nowhere else.

Every one of Trove’s 16 classes is as unique as you can imagine. You can switch on the fly to take the fight up close and personal or you can hang back a bit to pester enemies from afar with powerful ranged attacks. There’s something for every mood, whether you feel like tanking, being a healer, and even if you want to be a flamethrower-equipped dragon - yes, that’s a real thing. 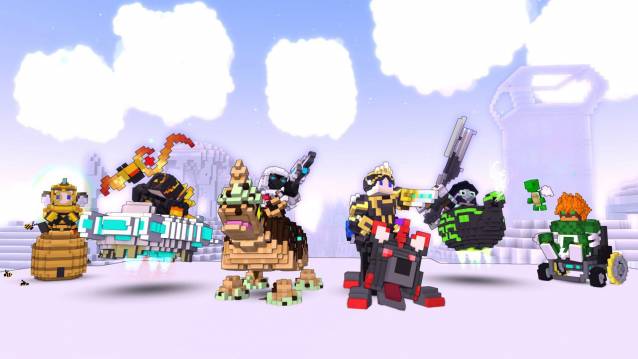 So what can you do in Trove?

Want to hang out and play with your friends? You can do that in Trove by joining their world at any time to adventure in player-created dungeons, fight fierce foes, and collect awesome new weapons and equipment. The best part is that every adventure world you enter is newly generated and different from the last - you never explore the same map twice.

Want to build and create? We have that too! You can form a club with your closest pals to make your own persistent world to build in. You can use terraformers to reshape the entire world and create brand new landmasses on which to build. You can create your own dungeons and even submit new mounts, costumes, and more through Trovesaurus, the special fansite dedicated to folks like you. Our team regularly sorts through all player submissions and may even select your work to be included in Trove itself! To date, over 5,000 entries have been added to the game!

Are you a collector and someone who likes to explore every nook and cranny in the world? We’ve got you covered! There are literally thousands of styles, hundreds of mounts, and dozens of costumes to find to express yourself in nearly every way imaginable. Every collectible you unlock increases your character’s Mastery level, which also increases your stats for every class. Being stronger gives you access to more difficult worlds and new and unique biomes as well. Collecting brings you a host of benefits that make your exploration fun and exciting! 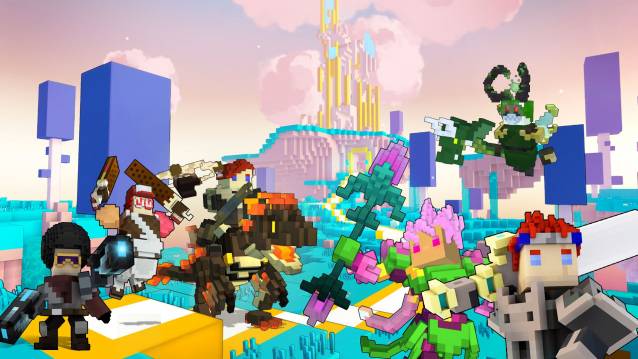 Crafters, Gatherers, and Traders have a place in Trove too! In fact, these are all huge parts of what makes Trove so special to us and to our community. The three together allow you to open up the marketplace to buy and sell to other players. Prices can be set or you can haggle with customers in realtime via Trade Chat.

Trove is unlike any other game on the market. It’s unique. It’s quirky. It’s extensive. It’s constantly evolving. It’s a game that can easily fit into any slot in your schedule. You can jump in for 5 minutes and still feel like you’ve made progress. Whether you just want to dip your toes in for an hour or dive deep into dungeons, go spelunking, craft, or just hang out with friends, Trove’s got something for you. Come join us!