What Do We Love About… Warframe?

What Do We Love About... Warframe?

This week we’re asking “What Do We Love About… Warframe?” the third person shooter from Digital Extreme that transports us across the galaxy as the newly awoken Tenno warriors find themselves in the midst of a war against the Grineer. In this 4-player PVE Coop focused MMO players are aided by powerful Warframes, battlesuits that provide their wearer with all manner of powers and allow them to travel at break-neck speeds and perform daring aerial acrobatics. The game has been out for a few years now and whilst not short of problems there’s also a lot of good stuff to be taken away from the MMO, so let’s focus on just exactly what it is that we love Warframe… 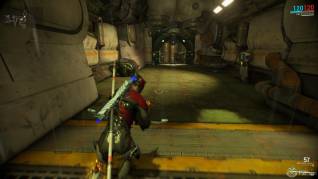 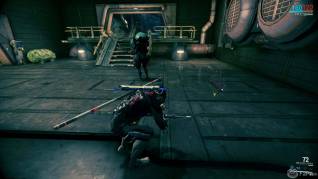 Strong Co-Op Based Content
Fighting with other players is insanely fun. As the game was originally released without PVP being something the developers were even bothered about it meant that the main core of Warframe would always focus on the co-op battles, which would be the main catalyst for pushing through story content, quest mechanics and resource gathering for the crafting portion of the game. Changing the game around to suit PVP as well would take time and so while we waited they really managed to fin-tune the combat in various ways utilizing fast action skill based combat, insane explosive attacks with powers and a multitude of weapons and a rolling, sliding, leaping, wall grabbing parkour style movement that really asserted the “space ninja” theme. Althoug the AI isn’t necessarily the most developed or strategic at times there’s more than enough times where the difficulty is ramped up and the call for teamwork and the pressure of a difficult wave of enemies really piles on the pressure. Map progression is player focused, with missions, side missions and collectibles it’s up to a group how much content they try to glean from each map, and all roads lead to a fun experience.

It Kinda Reminds Us Of…
There is a familiarity to the game that we love. Okay so bear with us, because this isn’t only our opinion, but so often when people talk about Warframe it’s very often described as being like some other game they love, or a movie they wish was incorporated into a game, or how they wanted <Game X> gameplay to feel. Whether it’s Jedi Academy, Destiny, Mass Effect or Halo there’s some really familiar and nostalgic elements that give us a warm fuzzy feeling that this is a game we’d been waiting for. There’s a common “space ninja” theme with MMOs out there (Jedi and Sith are very much in this camp) but it goes beyond just setting and theme, it isn’t just about mechanics and gameplay, it’s not only level design and graphics… it’s all of these combined in some weird amalgamation that has managed to make something great.

Wide Choice of Warframes
There’s a huge variety of classes to play. With most shooters players might get a choice of half a dozen classes/roles/characters if they are lucky (there’s enough where characters are nothing more than skins), even most MMORPGs float around 8 classes with the usual specializations down the line doubling the number. Currently Warframe has 23 Warframes available to players with each one acting like its own unique class complete with look, skills, movement style and everything to make it completely original in play style. There’s obviously cross-over between them, but there’s enough variation to really divide both them and the community as to who is their favourite, with a shout out going to each of them in turn. Many of the abilities and the mechanics with how they are used are very unique, particularly the ones that are accompanied with amazing special effects such as Volt’s lightning attacks and Frost’ snow/ice attacks. As all Warframes can be unlocked just by playing the game and earning in game credits it’s good to see that none of our favourites are locked behind real cash walls (though paying cash to get your Warframes is an option), so we really do have access to al of them.

Conclave PVP
It’s very exciting and really fun. Now don’t this wrong, we’re away that PVP has its fair share of issues, particularly in balancing the Warframes where there’s some obvious classes that consistently rise to the top of the ranking or the fact that there’s only a few maps and a handful of pretty basic game modes (Annihilation [Deathmatch], Team Annihilation [Team DM] and Cephalon Capture [Capture Flag]). Away from that the core of PVP gameplay is extremely fun and challenging, the developers have kept the same speed, acrobatics and pace of combat to make it as equally fast and intense as the PVE but most importantly is that their matchmaking is done by Warframe mod level, matching players up with similar gear as opposed to account level. There’s way too many MMOs and MMORPGs that when matching up players in PVP they do it by their account/character level, even when the game is extremely gear focused and the majority of power comes from equipment, thankfully Warframe didn’t make that mistake and so whilst it has its other issues it’s good to know that as a new player you’ll never be facing some twink who purchased all their gear using cash just to dominate at early game. The weapons you have are accompanied by their own PVP stats as well as PVE stats to try and balance stuff out, as well as removing Proc and Critical Hits, replacing them with a 1.5x multiplied on headshots rewarding skill over gear quality.

Modifications
There’s a wide variety of ways to personalize equipment. As a player we are able to customize our Warframes, weapons and gear extensively, with over 550 different mod cards that can be earned in the game to increase stats or provide more utility. The system itself is very simple, but combined with the number of Warframes available and their already unique traits, the hundreds of mods can make every character completely unique and really let players theory craft and personalize their character to their preferred build and play style. 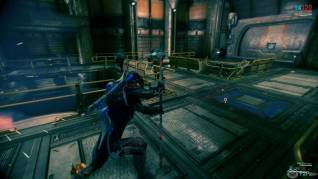 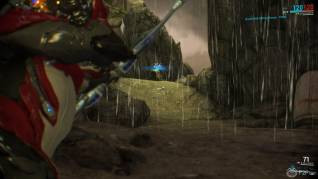 So that’s what we love with Warframe, but more importantly what are some of your favourite things? What do you think could/should be added to our list that makes the game great? Let us know what you think in the comments below!