What Do We Love About… EverQuest 2?

Whilst it may be over a decade old EverQuest II is still alive and kicking as far as Daybreak Game Company (former Sony Online Entertainment) are concerned, the game might not have the numbers it once did and now pales in comparison to the subscriptions that World of Warcraft has that released in the same year. That said there is a lot of gold when it comes to the high fantasy MMORPG that has kept players coming back for more time after time and adventuring across the lands of Norrath. So for our “What Do We Love About…?” article we’re going to take some time to elaborate on the key areas that makes EQII still so enjoyable. 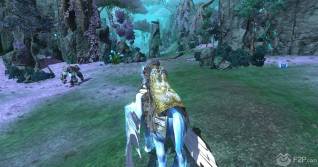 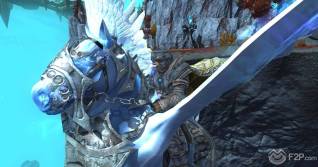 Level Shifting
Players can use an NPC (Chronomage) to temporarily lower their level. Why would you ever want to do this you ask? Well first and foremost it gives players the chance to go back and complete quest chains and story arcs they might have originally dropped, perhaps because the quest ended up not being worth the XP reward at the time, so players can experience all the content as intended. Secondly if you have a new friend joining the game and you are already max level then you can lower you level to their and help them out with their quests where they still get the exciting challenge and not just having a highbie face-rolling everything they come across.. Combined with the in game Mentoring system players also actually benefit from working with other players.

Alternate Advancement
The game provides a secondary way of levelling. Whilst players will level up their class as normal by earning XP, the Alternate Advancement system allows players to take some or all of their earned XP and pump it into a secondary XP feature. This feature unlocks a wide selection of new skills, abilities and even tradeskills offering maximum customization. Players can also earn Alternate Advancement from acquired treasures, exploring dangerous locations, defeating legendary creatures and gain free Alternate Advancement point at different level milestones. The feature is extremely flexible for veteran players to make and switch between various builds, but is simple enough for new players as well as having a default “Basic Profile” that will automatically spend Alternate Advancement Points if it seems too confusing for a player.

Mercenaries
NPC Mercs can be hired to help you Players are able to hire their own travel and combat companions, by spending in game currency players can fill up their group slots with these intelligent NPCs and will help in combat (though they do take a small portion of coins and XP). The Mercenaries require constant maintenance, paying every half an hour to keep them with you, which progressively increases as players level up. Mercenaries come in all shapes and sizes, from tanks, healers, casters, assassins and more, complete with a set of skills then certain class types even have the chance to res you like a player companion would. Mercenaries’ look can be customized with a variety of armors and clothing (though only gaining the cosmetic change with no stat increases, or decreases. Players can even find Elite Mercenaries that roam Norrath and can be hired, despawning them for a while making their appearance and use somewhat rarer.

The Immersion
EverQuest offers one of the best classical high fantasy settings around. There is an absolute wealth of lore and content in EQII to discover, the franchise itself established way back in 1999 the character, creatures, events and the world of Norrath itself. Whether taking on the rich and detailed quests, gleaning information from NPCs or imply exploring the vast world and seeing how it has been marked by the lore is impressive, we mean REALLY impressive. For those that love a more traditional Dungeons & Dragons style fantasy then EQII still has a lot to offer players the love to bury themselves in a world. Whilst the roleplaying community has dwindled over the years there are still large communities that thrive if you know where to look for them, EQII found the bridge between the traditional MMORPGs and yet still feels current to more modern titles.

SOEmote
Say cheese! Whilst it’s not without its issues SOEmote is extremely fun and an extremely cool tool for bother roleplayers and just generally social characters; by hooking up your webcam and focusing on your face the game will track your facial movements and replicate it onto your characters… So if you smile, your character smiles, raise your eyebrows, your character raises their eyebrows, move your head from left to right or nod and your character does the same, as you talk your character actually opens and closes its mouth mimicking your own movements. Whilst it does give some lag for players and hasn’t been massively popular (even in the RP community where SOEmote was accompanied with voice altering software so you can change your voice pitch to sound deep like an ogre, or high like a gnome). It’s very niche, it’s not for everyone, but we love it.

Player Housing
EQII still retains an almost unmatchable amount of customization when it comes to housing. The amount of choice you have when it comes to decorating your homes with furniture, vendors, crafting stations, creature trophies and all other brag worthy collectables a player might have acquired in their time. With so many different style it isn’t too difficult to give your humble abode the personal touch, or make your Guild Halls feel like palatial venues and we’ve seen some pretty creative and impressive constructions in our time that always continues to surprise us just how much ingenuity players can have.

These are some of the things that we love about EverQuest II, but what do you think? What do you love about this game? Would you add anything else to the list? We await your opinions! Let us know!!!!!