What Do We Love About… DC Universe Online?

Not too long back we did a “What Would You Change About…. DC Universe Online?” article and so we thought it’d be only fair to give a little love and attention to a title that truly does have a place in our hearts. For everything that it may fall short on, or the odd bug and frustration, the games core gameplay is actually pretty solid and lots of fun, and so in that spirit we’re throwing it up to our “What Do We Love About…?” piece. As a free to play MMORPG the game offers a wealth of content, some high levels of customization, in depth story with fully voiced characters to really bring in the immersion, but when it comes down to it what are the key things that we think makes DCUO stand out? 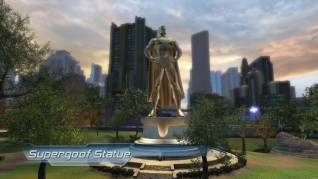 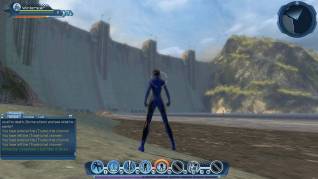 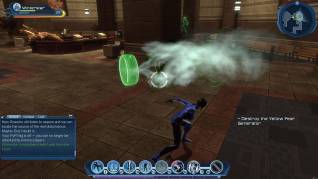 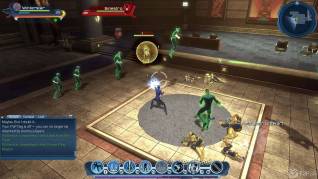 Legends PVP
The chance to fight as iconic characters. Whilst the bulk of the time you’ll be running, leaping or flying around as your personally created character, whether completing PVE quests or engaging in PVP, we love that you can also fight as the main comic book superheroes (and villains) in the Legends PVP mode. Using pre-set abilities players get to go head to head against each other and duke it out as Superman, Green Lantern, Harley Quinn, The Huntress and a whole selection of primary and secondary characters. Characters can be unlocked using either Marks of the Legend currency or premium Station Cash, but a handful are provided for free depending if your active character is a Hero or Villain.

Action Combat
With combat you feel like you are playing a brawler. The combat in DCUO is really well put together and you feel in control of the swing of every punch and follow up building up combos to unleash on your opponents and throwing in powers for truly epic fights. Outside of the actual combat is the wide choice of powers/attacks that players can use to customize their character, with such a huge variation we reckon players will spend more time in the Re-Spect chamber than they actually intend as they constantly try out all the possible builds they can make. Furthermore players aren’t typically bound to one particular role and players can switch between them, such as between Damage Dealer or Healer, which allows players to switch between skillsets offering up huge amounts of playstyle variation on a single character.

The Opening Cinematic
The opening cinematic is jaw dropping. Another masterpiece by creators Blur (also responsible for the Star Wars: The Old Republic cinematics) this six minute long cinematic is almost like a mini web episode that gives players a glimpse into the story and events that lead into the MMORPGs main story-arc. It is… amazing. Watching superheroes and supervillains coming together and duking it out, if you’ve never seen it then we don’t want to spoil it but even if you never plan on playing the game but enjoy DC Comics it is most definitely worth a watch. The opening cinematic isn’t the only one Blur have done for the game, there’s quite a few that have been released over the years, but very few have got us hyped about a game as the opening trailer did.

The Low Level Cap
Reaching Endgame is relatively easy. As with most MMORPGs the early content is simply filler on your journey to end game where players unlock much more interesting features, DCUO is no different and the questing up to level cap is generally pretty fun. Thankfully the level cap is only level 30 and reaching there is no chore, it also means it doesn’t feel like you have to grind through early game to get to the real core of the MMORPG as everything really does start to pick up once you hit max level; Raids, Duos, acquiring Marks Triumphs and more and the game becomes infinitely more fun in comparison to some of the earlier content.

You Can Be The Bad Guy
Being bad is good. It would have been easy to focus the games content on being only for superheroes, but essentially SOE have provided two games worth of content allowing players to choose either Superheroes or a Supervillains with the number of available quests they can do. This is further expanded on with the three mentors for each faction, which send the story-arc off into slightly different directions creating a more personalised storyline for players. Whilst having multiple factions isn’t something that is new, the majority of the time to “bad” faction aren’t bad per se and are often as not simply misunderstood, have more unpopular beliefs and culture, or are a little more war focused; in DCUO the Villains are exactly that. More importantly with the different factions and available Mentors to choose from it gives the game a lot more replay value in comparison to other MMORPGs.

These are some of the things that we love about DC Universe Online, but what do you think? What do you love about this game? Would you add anything else to the list? We await your opinions! Let us know!!!!!


3 Comments - "What Do We Love About… DC Universe Online?"