War Thunder: The Good & The Bad

War Thunder: The Good & The Bad

For our new feature we’re going to take a look at some of the most popular MMOs in the free to play market and break down the main pros and cons for each so that you guys have a quick snapshot of what to expect when playing. This isn’t a place for cheerleading a title; we also get down and dirty as we flag up both the “Good & Bad”, and first up we have WW2 vehicle combat: War Thunder.

In War Thunder players get to control their own vehicles, both ground and air, and engaged in exciting PVP and PVE battles using amazing graphics, awesome physics and realistic damage in a WW2 shooter MMO. The game has been around for a few years now and has given us the chance to compile a list of what we consider is the best and worst that War Thunder has to offer:


Do you have any thoughts with the article? Do you have any of your own Good & Bad points you think should be added? Give us your feedback in the comments! 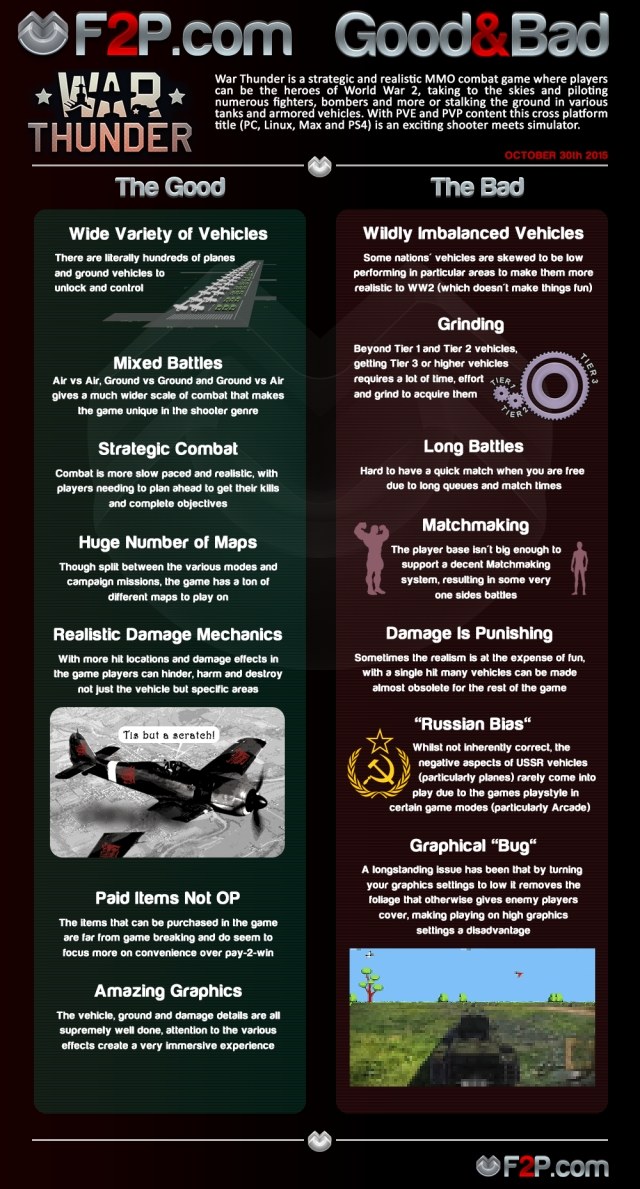