Trove Into the Deep

Trove Into the Deep

Trove: The latest Update leads Players “Into the Deep”

The new update for the adventure MMO introduces new Leviathan World Bosses, updates to the general Adventure System and a whole lot more.

Gamigo, Deep below the surface of Geode, a new adventure awaits players of the cubed MMO Trove. Gamigo is excited to announce new fearsome World Bosses, the powerful Leviathans, who lurk in the darkest depths of the Geodian cave systems. The heroes who defeat these mighty foes will be greatly rewarded. 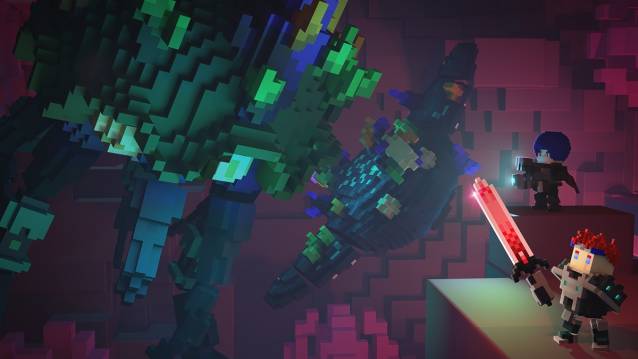 Adventure Heroes now can proudly display their affiliation. An exclamation point above their head will indicate whether they are Trovian (yellow), Geodian (blue) or Event (green) Adventure Heroes.

Additionally, Adventure Outposts can now spawn in every biome and will offer unique and specific quests befitting their origins. Clubs and the ways players can expand and grow them have been updated extensively.

The Club Daily Experience Cap has been increased, and players can partake in up to five Club Adventures. Also, a plethora of small updates has been implemented into Trove. On the planet’s surface, Geode Topside Dungeons are now more likely to be 5-Star Dungeons, performance issues have been tweaked and various bugs fixed.

More information about the voxel MMO Trove and the Into the Deep update can be found on Trove.