Bytro Lab / Supremacy 1015 with the recent update we are taking another step towards our overhaul of the Supremacy 1914 coalition feature: the coalition victory. 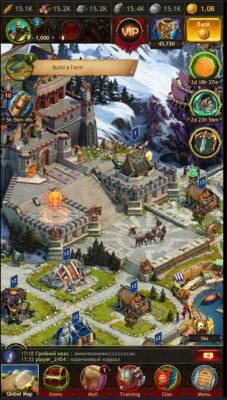 - As usual, the Bronze, Silver and Gold medal will be awarded to the top 3 players (according to the Index of Nations) regardless of their affiliation to a (winning or non-winning) coalition.

- All members of the winning coalition will increase their coalition win score which is reflected by the new medal “Coalition Cross”.

- At the same time, each solo win will increase your solo win score which is reflected by the new medal “Lone Wolf Cross”.

- Finally, a coalition victory will also count towards any other victory-related awards (e.g. map-related victory medals).

- If you qualified for those medals in the past already this will be reflected in your profile.

- There is a fixed Goldmark reward for each active member of the winning coalition which depends on map size and does not differ between coalition members.

Also, when creating a new game you can now choose to completely disable coalitions for that game round. When joining an existing game make sure to check the game info (“coalition” vs. “no coalition” icon) or use the expert filter in the games search to define your preferred Team Mode.