The last release was one that is all about the details: It includes some small but decisive quality-of-live improvements for both desktop and mobile players as well as a number of bug fixes.

Please find a complete list of all changes below:

● On mobile, we drastically improved the readability of the resource icons in the top bar and throughout the UI.
● On desktop, we relocated the Archived Games by introducing a toggle in the My Games section for easy switching between active and archived game rounds.
● On desktop, we changed the tab order on the Ranking page to put more emphasis on the weekly ranking.
● On desktop, we now highlight the top 5 players of the week on the main page (instead of just the top-ranking player) to celebrate our most skilled generals.

The time has come for another speed round event! This time, we have upped the ante: You will play on a 500 player map at 4x speed with drastically increased Goldmark rewards. Don't hesitate and join this massive rush for gold! 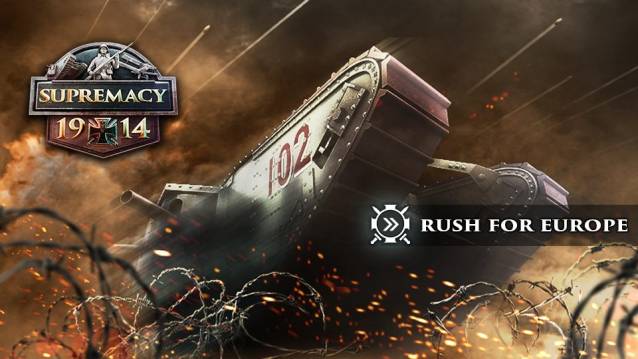 It looks like we are only hours away until war breaks out in Europe once again. Mobilize your troops and prepare yourself for whatever enemy you may face! “Rush for Europe” is a special event map that runs on breathtaking 6 times the speed of normal game rounds! Even the tiniest decision could have severe consequences at this pace. Experience the war for Europe in a way you have never seen it before!

Supremacy 1914 Free for All Event

In this event you will not know friends nor family: In a 100p map with the ‘anonymous round’ feature enabled and no coalitions, you will be pitted against 99 other players in a struggle for survival. We also enabled the Elite AI but will not charge any entry fee for this exclusive event.