Sparta War of Empires: The Good & The Bad

Sparta War of Empires: The Good & The Bad

Sparta: War of Empires is a free to play browser-based strategy game that challenges players to build up their own army of Spartan warriors in a feudal Greece. We take a look at the best and worst elements of this title in our latest Good & Bad review!

“Battle against other players and the formidable invading Persian Empire to protect and expand your territory.”

Decent Graphics - Whilst the art style that Plarium seems to have shifted to recently is a lot more interesting and unique, the graphics for Sparta are high in detail and quality and adds a more realistic art style

Requires Cooperative Play - So many MMOs lose sight that it is supposed to be a multiplayer experience; making friends, allies and Coalitions in the game is an absolute necessity it you want to survive as lone wolves are usually picked off very quickly

Challenging PVP and PVE - The game heavily focuses on PVP with players constantly attacking each other’s controlled territory, this in turn requires constant monitoring and managing of all your cities; for those who don't focus on PVP and instead prefer to fight the AI Persian forces, they will find an equally challenging and rewarding fight against their difficult troops

Sieges and Protectorate - Quite a novel feature, players have the ability to siege a rival's city instead of making an all-out attack, increasing Siege Ranking (which grants players premium currency) and also the ability to make a city a Protectorate where the sieging player can siphon off a portion of the targets resources!

This. Is. SPARTA! - Guided by Leonidas himself you get to experience the world of the Spartans during the rise of the Persian Empire. Assemble your armies of some of the most feared warriors in all of history and lead them into battle!

Same Plarium Format - Plarium make popular strategy MMOs, unfortunately there isn't that much separating them from each other apart from different themes; most of their features are copy pasted from their previous titles and the gameplay is always the same from game to game

Pricey to be Competitive - One of the unfortunate similarities between Plarium's titles is an unfortunate Pay to Win element for late game competitive players; getting ahead and being able to hold your own against those who spend a lot of cash on the game typically needs to be met by spending cash yourself

It Takes Forever To Do Anything - Initially players can rush a lot of items, and low level upgrades do not take too long, lulling you into a false sense of security; pretty soon it takes ridiculously long amounts of time to build or train up new units and very heavily "encourages" players to spend cash so as not to have to wait around for what they want

High Level Players - Once a player loses their new player status and is found by a higher level player, they can pretty much lose all their defending units and all their resources overnight, waking up in the morning and finding their weeks and months of hard work lost to a single high level player which can be very frustrating and defeating, also....

...They Can Keep Coming Back - Once a player has found you and found out they can defeat you, you essentially become a farm for them to just keep destroying and raiding every time you build up some resources as it becomes almost impossible to keep enough of your assets needed for big upgrades that allow you to protect more of your stored resources 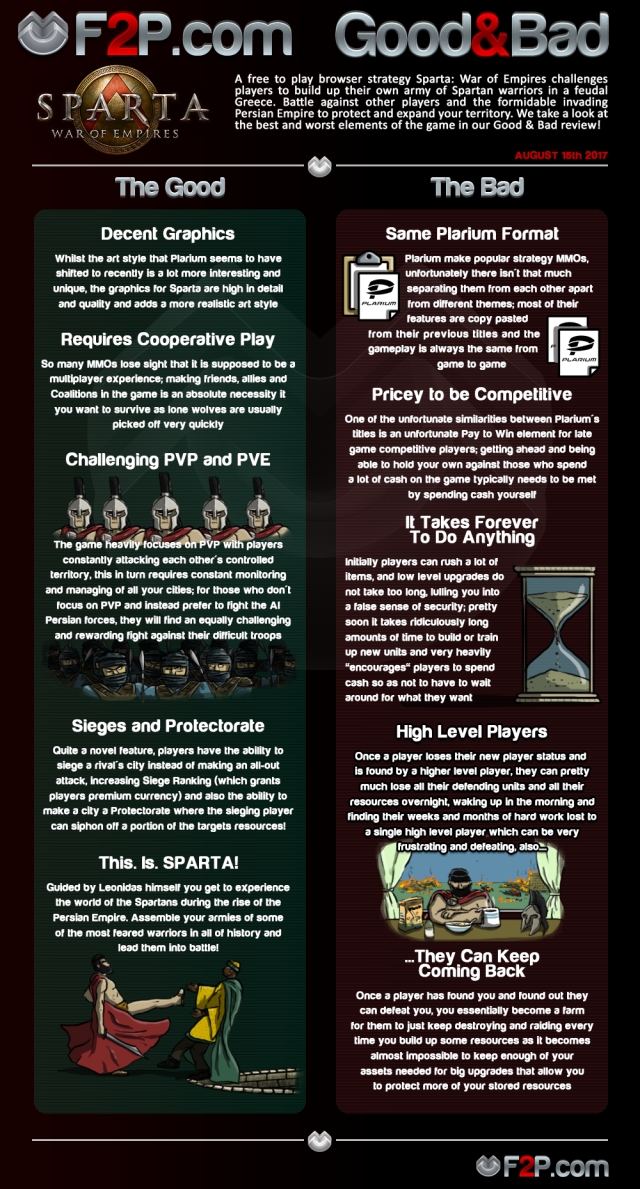