Skyforge gives light to the Ignition Expansion on September

Skyforge gives light to the Ignition Expansion on September

August 1, 2019 — Get ready to play with fire. Global publisher MY.GAMES is proud to announce the next flaming addition to its acclaimed action MMO Skyforge with the reveal of its “Ignition” expansion. The update broadens the world of Aelion with all-new content and lore surrounding the banishment and return of the Elder God Kir. This all-powerful mage, along with his army, the Cult of Flame, plans to rebuild the glory of their cruel, forgotten empire. The expansion also introduces the Firestarter class, the first fire-based class to enter Skyforge. The free “Ignition” expansion will erupt in Skyforge this September on PC, PlayStation 4, and Xbox One. 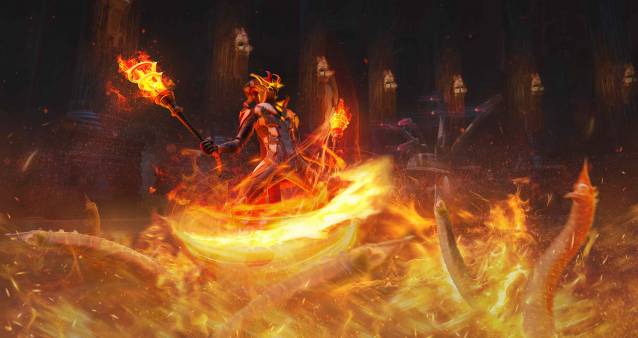 Skyforge gives light to the Ignition Expansion on September.

The Firestarters are the eighteenth new class to join the ever-expanding roster of legends available in the Skyforge universe. Descendants of Kir’s fire-worshipping followers, Firestarters are ranged damage dealers with an uncanny control over fire magic. Dark tricksters with a theatrical appeal, they wield chained torches that allow them to unleash swift and agile attacks against non-believers. They also possess an impressive array of pyromantic spells, ranging from blazing hot fireballs and fire breathing, to the full wrath of cataclysmic hellfire summoned from the sky. Their nimble movements and great range make them an awesome addition to any team of Immortals!

Discover the fiery legend of a warmongering Elder God, his flame-worshipping cult, and an event that changed Aelion forever. We’re happy to finally reveal Ignition, the next free Skyforge content update due for release in September 2019. Inspired by exciting and untold tales from Aelion’s history, this update introduces a host of new content to explore, and a brand-new playable fire class: the Firestarter!

Skyforge is a free-to-play action MMO in which players receive the gift of immortality and enlist to protect their home planet – Aelion. Surrounded by other planets, Aelion is under constant threat of invasion. These otherworldly conquerors have attempted to seize and enslave Aelion’s population and eons of failed invasion attempts have left traces of strange alien technology and magic, transforming Aelion forever. Led by their great guardian god Aeli, the citizens have learned to use these technologies and magic against their invaders. Before his departure into realms unknown, the great god managed to share part of his life essence. This power would be passed on to Aelion’s most worthy daughters and sons to forever protect his beloved planet. And you have been chosen.