Today we want to talk you about a new browser-based multi-platform project recently announced: Rage War. The game is developed by XS Software, already authors of some quite popular browser games, such as Khan Wars and Nemexia, and other less known games, and will be available for browsers, iOS and android tablets.

Rage War appeared on our radar and caught our attention mainly because of the enthusiastic and funny tone that developers use when talking about their game. It looks like making the game is the game for them, and we totally respect this approach to development, firmly believing that a game, in order to be good, needs its developers to be gamers themselves and people who know what fun is.

You will start the game as the leader of a small village in the stone age and your duty will be to make this little settlement to flourish through the different ages becoming a giant castle and a huge metropolis. In order to make this dream come true, you will be able to plan and customize your settlement with a grid-based town structure. You will also have the chance to build your very own military army and become a cunning master trader. 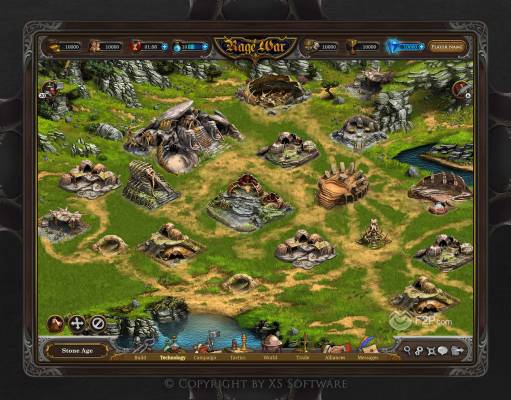 The developers promise to give you all the features that years and years of strategic browser games got you used to, such as extended research trees, a marketplace, quest based campaigns and the social features you need to help or fight your friends. They also plan to improve all these well known features by cutting out the boring parts and offer you an unparalleled strategy experience. Quite self-confident guys, right?

The battle system promises to be something new and innovative as well. From what we know, basically they got rid of the typical real-time and turn based combat systems commonly seen in browser games and decided to create a "reverse tower defense" system for their game. You will be able to participate in "attack battles" and "defense battles", placing defensive structure and traps when attacked, and sending your units in battle waves in the offensive mode. 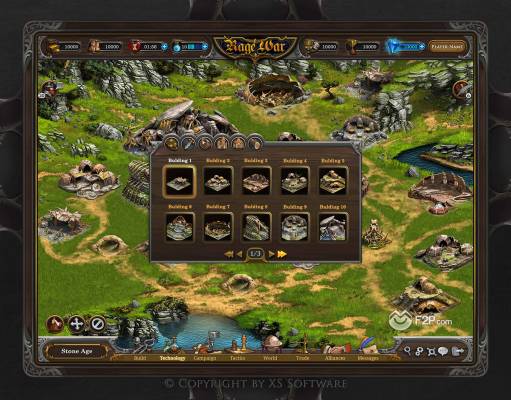 Moreover, they claim to have "pushed the boundaries on incorporating stunning graphics and unique art style not seen in a browser-based MMORPG game before."

They surely know how to advertise their creature, but we've seen a lot of empty promises and false advertising on other games' websites before, and strangely gamers appear to not like this kind of stuff too much once they jump in the game and have a reality check. So are Rage War developers aiming a little too high? Or are we really going to see one of the best browser-based strategy games ever? One thing is sure, we can't wait to put our hands on the game to find it out.