Rage War is the cross-platform city building strategy from developers Fury Studio and publishers XS Software. It’s a free to play game available on browser, PC or Mac mini-client, as well as Android and iOS apps for mobile. The game centres around the exploits of Leonardo Da Vinci and his time machine, setting up for an alternate universe where after an accident we’re blasted back to the Stone Age. From here we had to build up our settlement like any other Civilization based strategy title, unlock new technologies, improving our buildings and units and such.

The opening cinematic was surprisingly good, very well animated (though we’re pretty sure it was narrated by Bane from Batman…) it almost felt like the team blew their budget on that once we got to see the in-game graphics which were pretty poor. Clipping animations, pixelated graphics, and a generally dated feel makes the game look 10 years old. The cross platform means the UI and button are all big and chunky to make it appropriate for mobile, and at times the larger buttons didn’t seem well optimized and were a little blurry for a larger monitor. 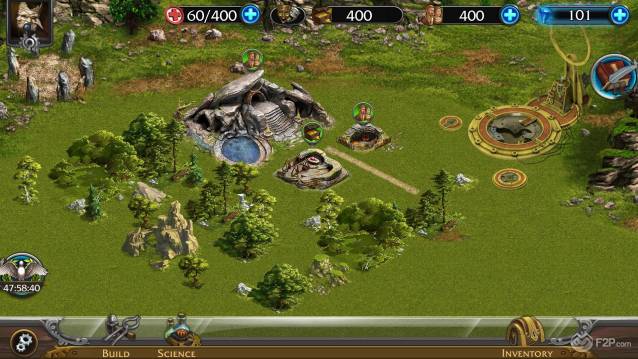 The gameplay, initially, was fairly standard as it guided us through the tutorial of building up a settlement (a necessity for players unfamiliar with these games, an arduous pain filled experience for someone who plays these games all the time). The mechanics were simple enough and it felt like we were being drawn into yet another mind-numbing automated “strategy” that revolved around building up an army and clicking an “attack” button, then waiting on a report. Thankfully not!

Combat was introduced through PVE and we didn’t get high enough to try out PVP, but the premise is still the same. When attacking a settlement, player or AI, you are able to select the troops you wish to attack with and position them along one of two flanks. There are multiple victory objectives in PVE, but in general the aim is to destroy the main Castle building. To do that our units head in a straight line forward attacking every defending unit or building them come in contact with. Able to attack for a period of time before they run out of stamina, the idea for the defender is to put enough defences in place to burn the unit’s stamina up before they reach the main buildings. For an attacker, at least at later game, you need enough waves of units placed down to burn through defences and then reach those buildings. 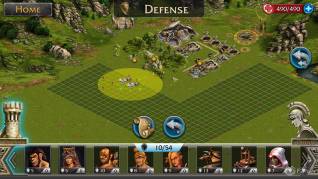 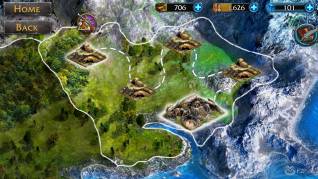 The combat was a breath of fresh air from what we’re used to playing, though by no means original as it has been used in other games and in many ways is similar to the huge app game Clash of Clans. It did feel like there was actual strategy though and whilst working our way through the campaign levels we got faced defeat on multiple stages a few times and had to readjust our unit formations and attack position to finally win. This, for us, is what makes decent tactical combat; it’s a simple process but it felt meaningful and it felt like there was a right and wrong way to do things.

Outside of the combat the game did all it could to avoid the purely automated elements. Building up a settlement allowed you to place down buildings, move them around and connect them with roads, unlock additional land to expand. Even with the Campaign combat wasn’t necessarily needed and you could try and Bribe control of a province by meeting demands such as populous or resources, giving a diplomatic non-combat option. The branched tech tree looked unrestrictive and, unless there were tech pre-requisites that we were unable to see beyond unlocking the techs that led to a new one, there were a few different paths to take for advancement with no bottlenecking into single techs.

For us it feels like, for the most part, Fury Studio have managed to get rid of a lot of the tedious automated content that a lot of other strategies use. The combat is definitely strategic with players able to choose their army composition as different units benefit in different ways. Aside from the rather poor graphics we’d say that all in all Rage War is up there as far as gameplay goes and given that it’s cross-platform it’s definitely one that’s easy to have in your pocket. 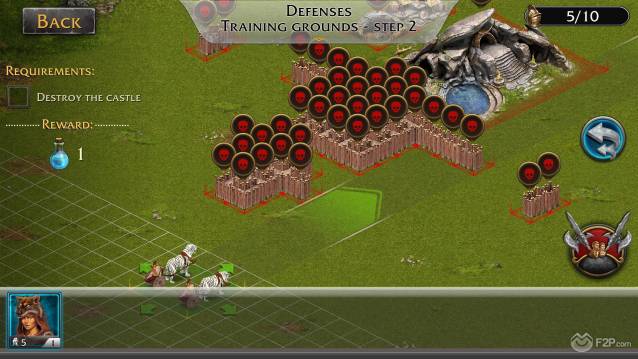 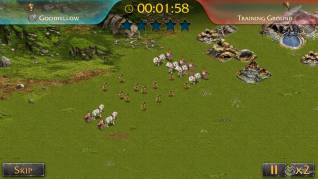 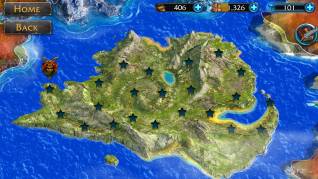 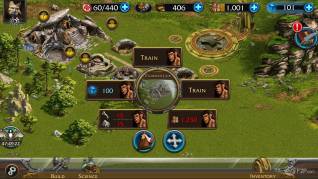 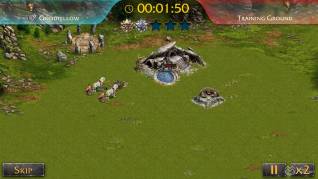