Wednesday, November 21, 2018 — The gamigo group, a leading publisher for Online games in Europe and North America, announces that as of today, thanks to the new Awakening-System, the Envoys of Gaia in Aura Kingdom can advance past their previous maximum level and become even more powerful.

Players of the colorful Anime-MMORPG Free-to-Play, who finished the main quest and reached the maximum level can now awaken their true potential and achieve greatness. By reaching the level-cap, players will automatically receive a quest which will grant them the “awakened” status — super-level 1. Players will receive an exclusive character banner and several new features. 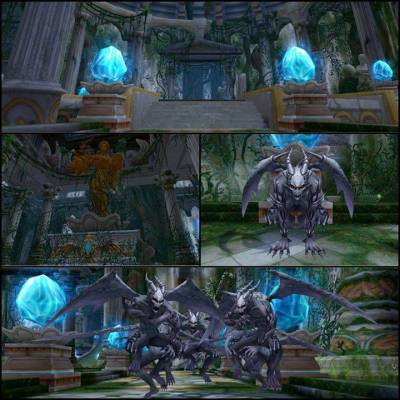 The golden Beebies and reworked character stats also await the awakened players, who victoriously faced the dangers of Azuria. At the holy temple, brave Guardians, Wizards and Ravagers can prove themselves worthy by cleansing the sacred grounds of their evil occupants and collect glorious rewards such as golden weapons and new armor formulas.