Hearthstone has unveiled a new game mode: Heroic Tavern brawl. Using a standard deck from their existing card pool, players will get to compete against other players for an epic reward. Similarly to the Arena, those who win 12 games before getting three losses will receive the best rewards.

Once the standard deck has been created, it will be locked. Players won't be able to do any changes.

After a 12 wins, players will receive 50 packs, Gold, Arcane dust and three golden legendaries. In order to participate, players will have to pay $9,99 or 1000 in-game gold. However, they can only enter in a limited amount of completed runs.

Depending on the wins, rewards scale. So this mode is only for those looking for a high risk. 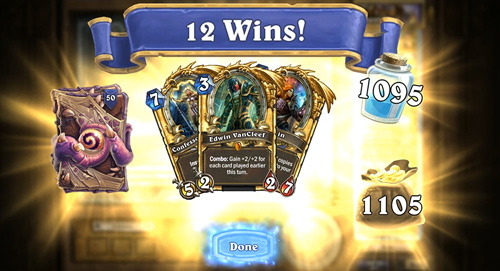 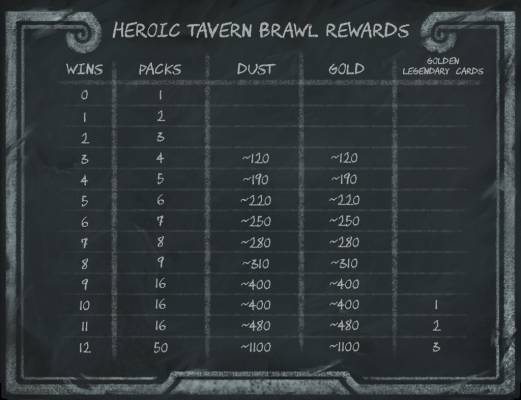