What Would You Change About… Hearthstone?

We’re heading over to Blizzard and putting our sights on their popular card collecting game Hearthstone for our next “What Would You Change About…?” article, the game where players get to choose from different World of Warcraft heroes, earn cards and go head to head with other players in a turn based strategy. Playing the game since beta we’re big fans of the title, and whilst it remains one of our favourite TCGs it isn’t without its own shortcomings and things that could be improved to provide a much better and richer experience. So what are our suggestions? 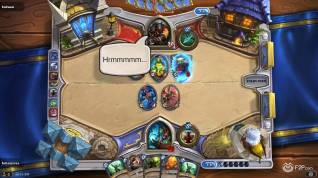 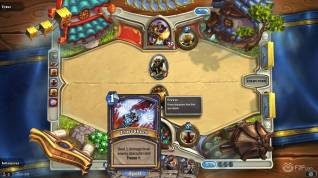 New Classes
There are still two classes not playable. Whilst we understand that it takes time to balance new Heroes and the respective card sets that would come with them, we would presume that getting Hearthstone more up to speed with its MMORPG counterpart in terms of classes would be relatively high on the priority list. Something as big as a class for a game like Hearthstone, or any other game for that matter, is far from a small feat, but we would have hoped that in the year since the game released (with an open beta prior to that and a pretty big invite list on the closed beta) that a new class would have appeared. Perhaps Blizzard are holding it back as it would be pretty monumental, but we can’t wait until it does arrive and we can finally play as the Monk or the Death Knight. Hopefully if and when they do arrive they’ll be introduced into the base free to play mode so that we’re not disappointed with the new pay to play “alternate heroes” cosmetics that were recently released.

New Game Modes
The game modes available are severely limited. There are three types of public game modes available (excluding Duels as you’d at least need Battle.net friends to use them) and one of them is a PVE single player “Solo Adventure” mode for the dungeon content. The other two are the standard Play mode that will match make players for ranked play and The Arena, which costs in game gold or real world cash to play; needless to say after a year of release a lot of players (ourselves included) are chomping at the bit for new modes. Two versus Two co-op mode, Auto Tournaments, which a lot of other TCG style games seem to have even though they lack the immense resources that Blizzard have.

Ladder System
The game has fundamental issues with the Ladder progression system. From a general meta point of view there are those who are experienced enough with Hearthstone that know at the beginning of the month they need to play certain types of decks to get ahead and typically the players who are extremely experienced are being matched up with new players who ultimately never get anywhere. What we think might fix this is a League based system where depending upon where you finished in the previous season you don’t have to start at the bottom, you start at the bottom of your League playing only against those players in your league, those who ranked at the bottom of the upper League and those who ranked high in the lower League. Whilst this might mean having quite a few Leagues and tiers it would definitely tie in a little better with a match making system.

Extra Decks Availability
The game is currently limited to nine deck slots. This is.. ridiculous. There are nine classes so essentially what this means is that you can make one deck for each class and that’s it, you either get to have multiple deck builds for one class and can’t play all the classes, or you are stuck with one deck build for each class and can’t experiment without deleting your deck and rebuilding it each time. Blizzard have said that they haven’t done this because they feel it is too confusing for players… again… that’s ridiculous (and in all honesty most players don’t buy it); the fact is that those players who would be confused by it wouldn’t have so many decks that it mattered and those who would use it are simply being penalized.

Hero Gear Customization
Give your Hero/Class equipable gear. Whilst this is far from an original idea, and has been put into practice in many TCGs, it’s something that we’d think would be pretty common sense in a game based off an MMORPG where collecting gear for your character is one of the primary motivations and rewards for playing. Giving Heroes the chance to equip an item or two to give them extra perks such as starting with more mana, being able to draw extra cards, changing their Hero ability, gaining extra hit points, etc. whilst initially would seem unbalancing would most definitely add a whole new level of strategy to the game.

These are some of the things that we would change about Hearthstone, but what do you think? What would you change about this game? Would you like to add anything else to the list? We await your opinions! Let us know!!!!!