Call of War has received a new content update introducing a brand new historical world map. Players will be able to jump into the year 1939, where those who choose a weaker country (such as Mongolia, Tibet or Xinjiang) can enjoy a higher difficulty.

The new map represents the political power structure of 1939, and it begins at day 14, so several researches will be already unlocked. It features fewer occurences of resources, but the production is higher.

Additionally, the game also got some improvements. From now on, players will be able to see in the province overview if that province is owned by an active player, an inactive player or the AI. Also, patrolling airplanes' behaviour during war has been adjusted. 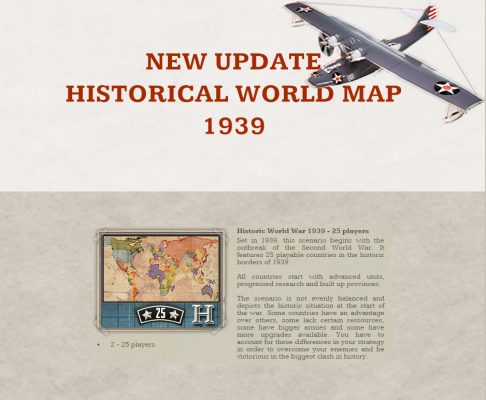