InnoGames has unveiled a new guest race coming to Elvenar: the Halflings. This new race will also introduce a new resource, "Divine Seeds", which can be used for technologies, culture buildings and the new settlement.

With this race the game will also see a new battle unit: the Faineant frog, a fighter that spits digestive liquids onto his enemies. 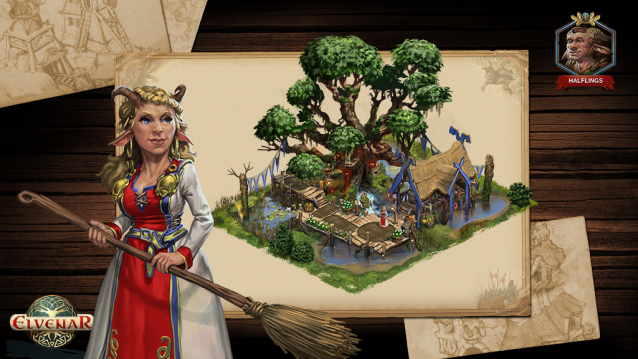