Elsword, the side-scrolling action MMORPG published by Kill3rCombo is getting a fresh new class for Rena: the Trapping Ranger.

Rena is going to become a force to be reckoned thanks to the Trapping Ranger’s deadly new abilities. Her new “fatality” assassination attack carries a random chance to do fatal damage making it one of the most feared moves in the game. Her new trapping abilities also introduce new strategies to the game’s PvP mode.  Her traps can stun or incinerate opponents and control the lanes of attack in arenas. In PvE this new class is very versatile and provide a wide selection of ranged and close-combat moves. 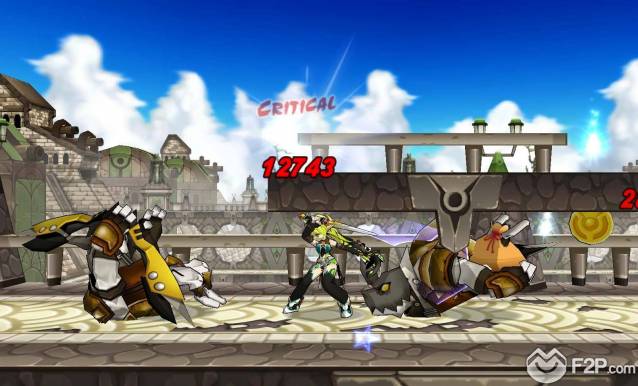 Rena becomes a Trapping Ranger by allying with a unique band of elves who operate at night like an elite Special Forces team.  Specializing in infiltration and assassination, the elves teach Rena to wield the lethal assassin’s blade. They also introduce her to their patron, a holy tree named Eldrasil, who grants her the ability to lay cunning traps using nature magic.
Source of Informations: Kill3rCombo press release