We recently took some time out to look over the fantasy manga MMORPG Elsword. The game received a huge update prior to the new year which updated some characters, items, boosts and buffs, a general tweak patch that also included some new English voiceovers for some of the characters.

This was the first time we’d sat down and played the game so, in all honesty, the updates from Season 2 didn’t affect us all that much and there was nothing we could compare to how things used to be, but a look over the website for the Season 2 updates it was mostly a lot of high end game tweaks anyway.

The game itself is a manga inspired fantasy RPG, knights, swords, magic and all that good stuff with quest based progression and some action packed combat. The graphics are pretty good for the most part, with the odd bit of pixilation here and there, but the game itself plays as a 2.5D platformer, kind of like a normal 2D side scrolling platform game but players are able to transition between different depths from the front of the screen to the background making a 3D feeling that works really well. The game has guilds, PVP, crafting and everything we’ve come to expect of an MMO, but the combat is really where the game exceled. 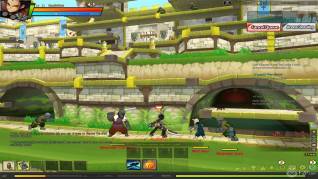 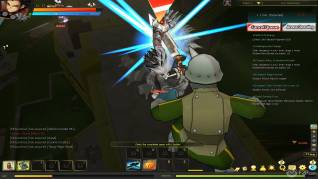 We had a choice of classes available, from melee to ranged, DPS focused and defensive, each class is a character in their own right that we would step into the shoes of, so there is no character customization though we did get to choose our name (even though NPCs referred to us as our character name). We started out with two primary skills that used mana and two main attacks which could be chained together using the arrow directional keys to build up some different explosive combos. Fighting builds up a power gauge that when triggered using the Ctrl key means we went into super mode and dealt more damage and could attack quicker. Mixing in skill attacks with your combos really helps to dominate the opposition and, at least at these early levels, there wasn’t much of a challenge facing us.

The questing element of the game is extremely linear, whilst you can pick up a bunch of quests and complete them in different orders, the game essentially take you through a chain of map areas and instanced Dungeons, with quests to complete in each area. Advancing to the next zone is impossible unless you have reached the level requirement to enter it, however we could go back over and repeat dungeons at higher difficulties if we wanted some extra XP. 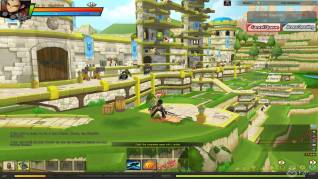 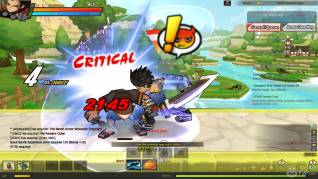 The Dungeons are queued for from the menu, or through the quest log directly if you have a quest taking you to them; playing on Easy difficulty and the dungeon flagged as a 1 man dungeon and we could join it solo. Selecting normal or hard difficulty and the game automatically puts you into a Dungeon queue finder to group you with other people; unfortunately we didn’t really see the point as playing solo in an Easy dungeon was about the same level of challenge as a hard difficulty with three players, who would absolutely massacre any enemies that you came across.

The story element of the game is actually decent, the texts are fully subtitled from their original Korean, and we had the choice to listen to the spoken dialogue either in Korean or English (actually quite liked listening to it in Korean as it captured the vibe a little more). The general experience felt like manga anime, further enhanced by the occasional cut scene with some pretty cool manga clips made for the game.

The experience we had was definitely fun, and providing the difficulty ramps up as you level up, we think the skill level of combo building in battle and the necessity of dodging enemy attacks really makes a big impact on the game. We didn’t get the chance to try out the Arena as it queued and queued and queued, but being implemented at early levels will give that Super Smash Bros. vibe to combat as you jump around platforms trying to beat on each other. The biggest downfall is how linear the game is in terms of an RPG, it’s going through the same motions as everyone else and going through a pre-established story without much scope for determining the outcome. 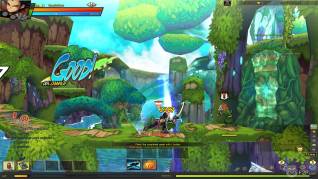 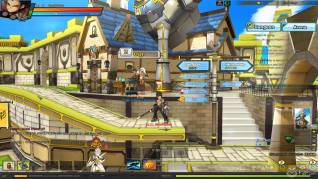